iPhone maker responds to reports that celebrity accounts were hacked 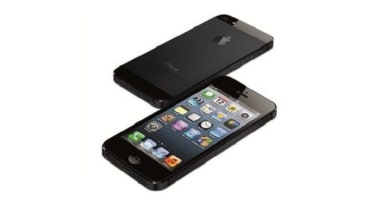 Apple has patched the security flaw that allowed a number of celebrities' private pictures to be leaked online.

The code vulnerability allowed hackers to shoot password attempts at the Find my iPhone application repeatedly until they were able to get the right one, without being locked out.

The criminals had to use the victims' usernames or registered emails, but these are widely available on the internet so wouldn't have been much of a challenge for hackers.

925Mac said: "It's worth noting that the vulnerability did not allow access to iCloud passwords, it only permitted repeated guesses or an automated dictionary attack. In order for it to succeed, relatively weak passwords would need to have been used on the accounts accessed."

According to reports, the accounts of Jennifer Lawrence, Ariana Grande, Victoria Justice, Kate Upton, Kim Kardashian, Rihanna, Kirsten Dunst and Selena Gomez were all hacked, although not all the individuals involved have confirmed their accounts were compromised, or the pictures leaked online were genuine.

The pictures were posted on bulletin-board 4chan where the owners demanded Bitcoins for its users to view the pictures. The posters said they had managed to access up to 100 female actresses and singers, but all the posts have now been removed by the site.

Just a couple of days ago, a proof-of-concept for this brute-force hack was leaked on code-hosting site GitHub, giving instructions on how to carry it out.

Although no one has officially linked the two incidents together, it's thought the hackers may have used the same method to get access to the private pictures.

The news comes just a week before Apple is due to announce its iPhone 6 smartphone on 9 September.