iPad Air 2: Could it be set for a 9 September launch? 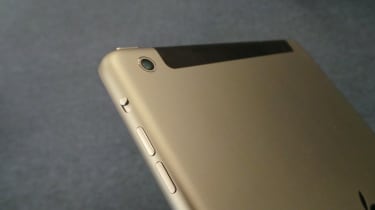 It's widely thought that Apple's upcoming event on 9Septemberwill see the official announcement of its dual 4.7-inch and 5.5-inch iPhone 6 models, but rumours are now circulating that it will also feature the unveiling of the iPad Air 2.

It was previously assumed the iPad Air 2 would receive a separate announcement in October, as has been the case in previous years, but now a report from KGI analyst Ming-Chi Kuo (via 9to5mac) who has a good track record for correctly predicting what Apple is doing has indicated that it will be unveiled alongside the company's new iPhone next Tuesday.

The 9.7-inch iPad, dubbed the iPad Gold, is rumoured to feature a 2GB RAM boost, the iPhone 5s' Touch ID home button and a split-screen capability. According to various reports, it may also be thinner than the previous generation iPad Air.

Previously, back in 2013, alleged images of a gold iPad surfaced online.

According to Kuo, the device will have "anti-reflective coating for the cover lens, full lamination for the touch panel, a gold-coloured metal casing, an A8 processor, Touch ID/fingerprint recognition and an 8-megapixel rear camera."

He also suggests the iPad mini is unlikely to see any hardware upgrades, due to the iPad Air being a much bigger earner for the company.

It is also expected that Apple will use the 9 September event to announce its foray into wearable technology with the iWatch, which now looks like it could be accompanied by not just the iPhone 6, but also a brand new iPad.