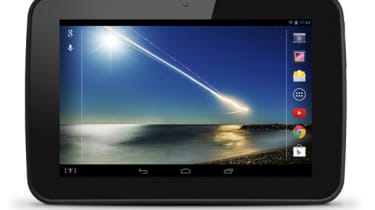 Tesco has reportedly ditched plans to follow-up the release of its low-cost Hudl tablet with an Android 4G Hudl smartphone, citing competitive pressure.

According to ExpertReviews, Tesco has abandoned the Hudl smartphone in light of competition from other brands, and has instead chosen to focus on its next tablet, the Hudl 2.

Robin Terrell, Tesco's group multi-channel director, told the site: "We are confident that we could offer customers something we saw was lacking in the mobile market: an affordable, quality 4G smartphone.

"As we developed the idea in the first few months of the year, we could see a gap we could fill for our customers. The technology sector is fast changing and constantly evolving and since then, the mobile market has become even more competitive.

"So in early July, I took the decision that we would put the phone on hold and concentrate on the Hudl 2 tablet."

The Hudl tablet has been a success for Tesco, with 400,000 reportedly sold over three months, so it makes sense that resources would be redirected there after plans for the smartphone fell through.

The move into mobile was announced back in May, with Tesco CEO Philip Clarke revealing during a radio interview that it would be designed as a direct rival to Samsung's Galaxy S5, focusing on value.

The smartphone has not been officially cancelled, but put "on hold," signifying that Tesco could pick up where it left off at some point in the future.

The Hudl 2 tablet has been slated for a September release.