Apple Watch: What's in it for business users?

Apple's much-anticipated move into "wearables" is now official. But the business potential of the technology is far from clear 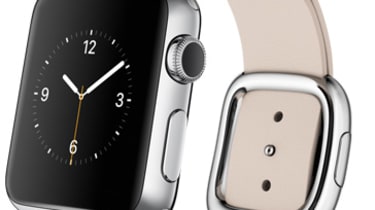 Inside the enterprise: Hardly anyone was surprised when Apple announced earlier this week that it will be making watches. There have been rumours about the company's plans for wearable technology for some time and nor is Apple new to miniature electronics. Just look at some of its earlier designs for iPods.

The Apple Watch will compete with other consumer electronics brands' offerings, including Sony and Samsung. And smart watches have been around for some time before even those. Microsoft had a programme of smart watches, named SPOT, supported by a low bandwidth wireless data service, more than a decade ago.

Apple, though, has a track record of creating consumer desires for devices that are otherwise viewed as overly techie, or overpriced. In fact, the Apple Watch is not particularly expensive. At around 215,the Apple Watch is comparatively cheap, in a market where a "dumb" fashion watch can cost several hundred pounds and a quality chronograph, many thousands.

For that price, the new watches come with a suite of advanced technologies, including accelerometers, heart rate monitors, and GPS.

Apple is already touting the Watch as a fitness and health accessory, and will release a sports version. Again, compared to high-end sports watches or fitness monitors from Garmin or TomTom, the Apple Watch looks competitive. And there is the potential to add new functions, through the watch's ability to run apps.

And, although the new watches will not go on sale until 2015, it is inevitable they will make their way into the enterprise. Apple's cachet means they will appear on plenty of executives' wrists, whilst pricing keeps it in range of younger technology adopters too.

No doubt this will lead to concerns about security in the workplace, although the watches will not have Wi-Fi or cellular connectivity in their own right: owners will need an iPhone to provide that. So it should be possible to secure the Apple Watch, by securing its associated iPhone.

The productivity benefits of smart watch technology, though, are harder to gauge. With WatchKit, developers will be able to create scaled-down versions of apps, so it is perfectly possible that we will see wrist-based business applications in the near future.

Apple has already said productivity apps are likely to focus on areas such as notifications and calendar updates, and being able to "hand off" a message started on the Watch to an iPhone.

But there could also be scope for business "dashboards" or even data analysis tools to send alerts, or allow for queries. This could work well, if combined with Siri's voice technology.

Firms may also benefit from customers being able to pay for services using Apple Pay, although this will initially only be available in the US. The watch will even allow frequent travellers to keep all their airline boarding cards in one place. CIOs will not be the only ones to justify buying an Apple Watch on the company credit card.