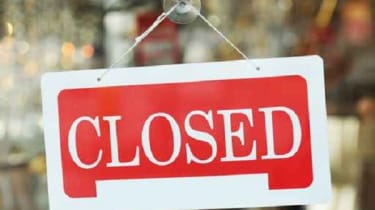 Dixons Carphone has thrown a lifeline to staff working at the beleaguered high street retailer Phones 4u by confirming that it hopes to offer jobs to the firm's concession workers within its Currys and PC World stores.

Phones 4u was plunged into administration yesterday in the wake of the news that EE would not be renewing its contract with the retailer when it expires on 30 September 2015. This would mean it could no longer sell devices or tariffs for the network operator beyond this date.

The news follows the announcement earlier this month by Vodafone about its plans to withdraw support for Phones 4u. The company accounted for 27 per cent of all sales at the retailer.

This latest development has cast doubt on the future of the company's 550 standalone stores and the 5,596 people currently employed by the business.

Stefano Quadrio Curzio, representative of BC Partners who bought the high street retailer three years ago, said: "EE's decision on Friday is surprising in the context of a contract that has more than a year to run and leaves the Board with no alternative but to seek the Administrator's protection in the interests of all its stakeholders."

Phones 4u stores were closed yesterday and its website taken offline as company managers discuss the knock-on effects with staff. Administrators PwC have been enlisted and will now start examining whether stakeholders can be protected should the company close.

David Kassler, chief executive of Phones 4u, said in a statement releaed on Sunday night: "Today is a very sad day for our customers and our staff. If the mobile network operators decline to supply us, we do not have a business. A good company making profits of over 100 million, employing thousands of decent people has been forced into administration."

He went on to say that Phones 4u closing its doors will lead to less competition, less choice and higher prices for mobile customers in the UK.

Curzio continued: "Vodafone has acted in exactly the opposite way to what they had consistently indicated to the management of Phones 4u over more than six months. Their behaviour appears to have been designed to inflict the maximum damage to their partner of 15 years, giving Phones 4u no time to develop commercial alternatives.

He said the company's main concern is to ensure the staff at Phones 4u are OK and that is why it has decided to close down stores while it consults with workers. It will then await the decision of PwC before re-opening doors.

Meanwhile, Dixons Carphone, which owns Phones 4u rival Carphone Warehouse, has pledged to help employees affected by the administration, who currently work for concession stands within PC World and Currys stores, to secure long-term employment.

Since Dixons acquired Carphone Warehouse last year, Phones 4u has been preparing to pull out of these outlets on competitive grounds.

However, in a series of tweets yesterday, the company said it was doing all it can to help.

With regards to our Phones 4U shop-in-shop colleagues we hope to help them secure new jobs with us (1/2, important)

and will be opening up discussions with the administrators to agree what we can do.(2/2)

This story was originally published yesterday, before being updated on 16/09/2014 to reflect Dixons Carphone news.