iPhone 6 Plus users speak up about "bendy" devices 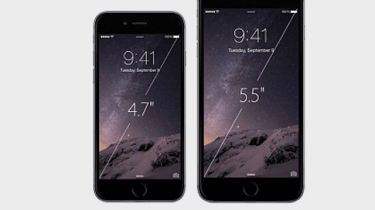 People have reported instances of the iPhone 6 Plus bending when kept in users' pockets, with the problem being dubbed bend gate' by many disgruntled customers.

After being kept in pockets for extended periods of time, The Independent reports, Apple's much-hyped phablet device would emerge bent slightly out of shape, and photos of various affected handsets started to be posted online as soon as the initial news broke.

The iPhone 6 Plus has set itself apart for being the biggest and thinnest Apple handset ever released, but it appears this has had the unfortunate side effect of reducing the structural integrity of the hardware.

For example, the aluminium casing is thought to have been weakened by the disproportionate size of the handset.

MacRumours were the first to report the story of one user who discovered the flaw by accident after keeping his phone in front pocket. The person said: "The 6 Plus was about 18 hours in my pocket while sitting mostly. As I lay it on the coffee table and sat down on the couch to relax from the drive (yes, sitting again), I saw the reflection of the window in the iPhones slightly distorted."

Previously, there was a similar scandal surrounding the iPhone 4 in 2010, which saw users complaining about dropped calls caused by a faulty antenna.

The good news is that, according to reports, the iPhone 6 Plus is actually easier to repair than the Samsung Galaxy S5.

Apple has so far not responded to news of the problem.