iPhone 6 Plus review: is the 2014 device worth revisiting? 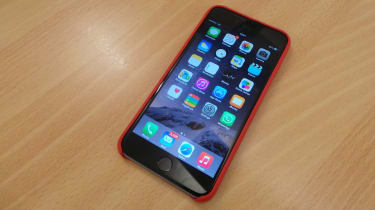 27/03/2017: Apple has won its battle to overturn a ruling on the iPhone 6 and iPhone 6 Plus that would have seen them banned from China.

The tech giant yesterday convinced a Beijing court to overturn the Beijing Intellectual Property Office's injunction on the iPhone after Chinese firm Baili accused Apple of infringing its patent on the design of the phone last year.

However, the intellectual property court found that there was insufficient evidence for granting the injunction, adding that the phones' designs (Baili's was its 100C device) were distinct enough to easily tell which was which, according to BBC News.

Apple also urged the court to strip Baili of the patent, but the court declined. Baili is planning to appeal, TechCrunch reports.

While Apple's instant appeal against the initial injunction meant the iPhone 6 wasn't ever taken off the market, the tech giant can now continue selling it without fear. The company's sales in Greater China fell 11.6% year-on-year, according to its latest financial results, released at the end of 2016.

18/11/2016:  After some users reported touchscreen issues with their iPhone 6 Plus, Apple has launched a repair programme aimed at resolving them.

The fix is called "iPhone 6 Plus Multi-Touch Repair Program", and is said to be aimed at phones that do not register touchscreen signals or have flickering displays, after "being dropped multiple times on a hard surface and then incurring further stress on the device."

This issue affecting the iPhone 6 Plus, launched in September two years ago, has been termed 'touch disease', as it involves the smart phone's touchscreen becoming unresponsive or a flickering line appearing on top of the phone's display.

If a user's iPhone 6 Plus is experiencing this 'touch disease' and the screen is not cracked nor broken, repairing it will cost $149.

Apple said customers who have already paid for a service repair before this fix was introduced can contact Apple to receive a refund of the repair cost.

The exact number of customers affected by this problem is still unclear.

The iPhablet has a superb set of specifications with the display and battery life being the stand out features.