Free OS could help developers speed up IoT products and devices, it is hoped 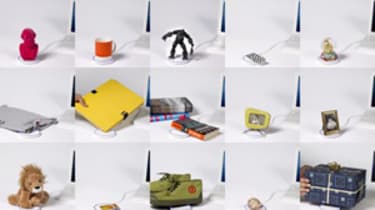 ARM has launched a free operating system aimed at powering Internet of Things (IoT) devices, as well as tools to help developers create them.

The software is offered for free in a bid to boost uptake of IoT products.

The mbed OS is an open source operating system designed to run on ARM's 32-bit Cortex-M and contains security, communication and device management features to enable the development of production-grade, energy-efficient IoT devices, according to the firm.

The OS will also support a number of wireless standards, such as Bluetooth Smart, 2G, 3G, LTE and CDMA cellular technologies, Thread, Wi-Fi, and 802.15.4/6LoWPAN along with TLS/DTLS, CoAP, HTTP, MQTT and Lightweight M2M.

The OS forms part of ARM's mbed IoT Device Platform and also features the mbed Device Server that required server-side technologies to connect and manage devices in a secure way. The firm said this would also provide a bridge between the protocols designed for use on IoT devices and the APIs that are used by web developers.

It claimed this would simplify the integration of IoT devices into cloud frameworks that deploy big data analytics on the aggregated information.

"ARM mbed will make this easier by offering the necessary building blocks to enable our expanding set of ecosystem partners to focus on the problems they need to solve to differentiate their products, instead of common infrastructure technologies. This will accelerate the growth and adoption of the IoT in all sectors of the global economy," said ARM chief executive Simon Segars.

The mbed IoT Device Platform is free for developers and for deployment, supported by an ecosystem of more than 100 OEMs and major chip vendors.

The platform will be available to mbed partners in the last quarter of this year for early development, with the first production devices due in 2015.