The Nexus 6 smartphone and 8.9-inch Nexus 9 tablet from Google are on sale, running Android Lollipop 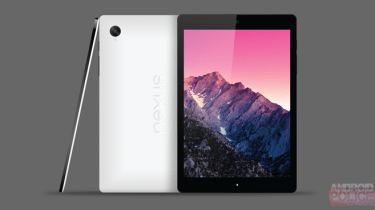 The Nexus 6 is now available in the UK from the Google Play store, following its unveiling last year alongside the Nexus 9 tablet.

Priced at 499, the six-inch smartphone is the largest Nexus Google has yet released to date, and comes in two colours: midnight blue and cloud white.

Google says the Nexus 6 will be shipped within two business days of an order being placed, and the device is also available as a 64GB model for 549.

American readers will have to wait longer if they want to get their hands on a specially-branded version for US carrier Verizon, as that's not due to drop until 12 March, according to Phandroid.

The latest models are manufactured by Motorola, instead of LG, which worked on Nexus devices for the previous two years, and it shares similarities with the Moto X device.

Running Android 5.0 out of the box, the phablet relies on a 2.7GHz quad-core Qualcomm Snapdragon 805 processor, and boasts a 13-megapixel camera.

A "fast charging" feature allows it to run for several hours on just a 15-minute charge, and it has a Quad HD display.

However, the screen does give off a blue tint when viewed from certain angles, according to the Daily Star.

Google's Nexus 9 tablet is the first tablet to run Android 5.0 Lollipop, uses a powerful 64-bit Tegra K1 processor, and will benefit from the 5.1 update to tackle some minor bugs that users have reported.

It has been reported the Nexus 9 is being targeted specifically at business customers, as a direct rival to Apple's recently unveiled iPad Air 2.

Head of industrial design for the tablet, Alberto Villarreal, said: "We wanted to accelerate the premium market for Android tablets. [The Nexus 9] has a lot of attributes and definitely will bring the quality for other companies to do better."

At launch event, according to The Independent, Google was keen to tout its new tablet as "small enough to easily carry around in one hand, yet big enough to work on," further indicating that the company is targeting the enterprise with the device.

The tablet, which has a plastic back and metal sides, will be available in black, weight and beige varieties.

Peter Chou, HTC's chief executive, said: "The Nexus 9 is a great example of what can be achieved when two companies, united in their passion for innovative technology, come together to create a product with the user experience at the very centre of the design process."

The device is now available in the US, with Indigo Black and Lunar White models both listed as in-stock.

This article was originally published on November 4, 2014, and was updated most recently on February 26, 2015, to reflect the most recent news.