Microsoft is dropping the Nokia brand from its Windows smartphones. It is the end of an era 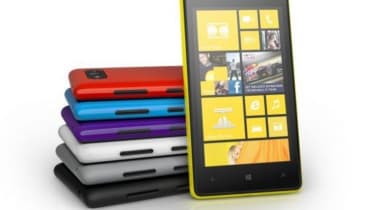 Inside the enterprise: Nokia is a brand synonymous with mobile phones.

For anyone who started work in the 1990s, or had the cash to buy a phone for themselves, Nokia was the brand you wanted. Nokia phones even made cameo appearances in the movies, most notably The Matrix.

Over the years Nokia has sold millions of handsets. But the company struggled with the smartphones trend and especially, touch-screen handsets. Nokia did develop early touch-screen phones based on its Symbian operating system, but Apple made the technology its own. And Samsung has caught up fast, and is the UK's most popular phone brand.

This has left Nokia trailing behind. The company reacted by ditching Symbian, and moving to the Windows Phone platform. Last year, the company itself was bought by Microsoft. Now, Microsoft has announced it is dropping the Nokia name from smartphones altogether, and rebranding them as Microsoft Lumia devices.

This looks like the end of an era. Microsoft plans to market its smartphones, from now on, as simply Windows devices. This makes sense, given the increasing power of smartphones and, with larger and larger devices on the market, the narrowing gap between smartphones and tablets.

It also makes sense for Microsoft to try to extend one of its greatest assets, the Windows brand, to its phone business.

The Windows Phone platform continues to lag a long way behind both Apple's iOS and Android, with just 2.5 per cent of the market, according to one analyst firm. Using the Windows brand is at least one way of ensuring interest in its phones, especially from business users familiar with Microsoft tools at work.

But, so far at least, the "halo" effect that Apple uses to drive sales of its other gear, including Mac computers, off the back of the iPhone's success, has eluded Microsoft. In fact, at least one Windows Phone licensee, Alcatel, believes the future of the platform lies at the low end, rather than in competing with iPhones or Samsung Galaxy handsets.

For Europeans, the demise of the Nokia name is sad news: Nokia was not just a technology pioneer, but a European company that became a genuinely global brand.

Nokia will not disappear altogether, though. Microsoft continues to make low-end Nokia handsets, including Nokia's Asha brand; these don't run Windows and will, presumably, be unaffected by the rebranding.

And Nokia itself continues to exist: the non-handset part of the company, which now also incorporates the Nokia Siemens Networks business, is independent of Microsoft.

This will go on making cellular base stations, transmitters and other high-end equipment, as well as developing key technologies for the mobile industry. Just this week, Nokia's Networks division unveiled a technology that makes smartphone browsing 20 per cent faster and uses 40 per cent less power. The phone in your pocket may no longer carry a Nokia label, but it may still feature Nokia technologies.