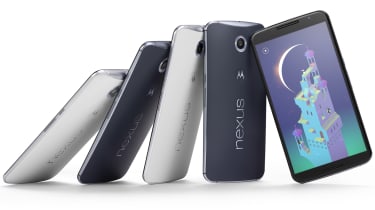 The Nexus 6, despite being a firm favourite among Android fans, has been officially put out to pasture by Google.On its Google Storepage, the firm tells visitors that it is "no longer available for purchase",replacing it instead with the Nexus 6Pand Nexus 5X.

The phone, originally released in November 2014, is still available through second-hand and third-party sellers, however, and if you're not too fussed about having the latest bleeding-edge handset, it's an excellent device.

Here are the top Nexus 6 features we love the most.

The Nexus 6 led the phablet charge alongside large-screened devices like the Galaxy Note 4 and the iPhone 6 Plus. Its 5.96in AMOLED screen while stretching the term 'pocketable' provides heaps of room for pictures, productivity and video.

It's also got the same 2650x1440 resolution as the Samsung Galaxy S7. However, while they both come under the 'QHD' bracket, the S7's smaller screen means it does have a slightly higher pixel density than the Nexus 6.

Motorola has a history of fitting its phones with surprisingly high-quality cameras, and the Nexus 6 is no exception. It's got a 13-megapixel sensor with a f/2 aperture size, along with optical image stabilisation, 4K video recording and two-tone flash.

The results are great, with excellent detail and noise reduction in both good and poorer lightingconditions. The speed of auto-focusing lets it down slightly, but overall, the Nexus 6's camera is rather superb.

Being a first-party Google device, the Nexus 6 was one of the first phones to receive Android Marshmallow. This means it benefits from all the new features introduced with the latest version of Google's OS, including tweaks to improve things like performance and power consumption.

One of the most important updates to Marshmallow is the way app permissions are managed, forcing apps to only request access to things like the camera when they need to use them. It's a much-needed security upgrade.

Battery power is one of the most crucial aspects of any smartphone, and thankfully the Nexus 6 has a 3220mAh cell. Google claims a battery life of 24 hours with 'mixed use', and assuming you don't go overboard with 3D gaming or video playback, it'll easily hit that.

The inclusion of wireless and fast-charging also mean that the Nexus 6 is as good at gaining charge as it is at retaining it. Put that together with the aforementioned efficiency improvements from Android 6.0, and you've got one of the longest-lasting devices around.