UK lagging behind world in wearable tech use

Only 27 per cent of the nation are using wearables in their personal life, although the news is better for business 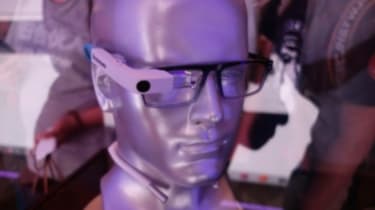 A survey by Kronos has revealed that the UK wearable scene is lagging behind the average, with Mexico and China eclipsing our use.

According to the research, only 27 per cent of the nation is using wearables in their personal life - way below the international average of 48 per cent and shocking in comparison to China and Mexico where 73 per cent and 70 per cent are using devices respectively.

However, 38 per cent of UK workers say they've used wearable technology. This may be a better proportion than those who use wearables at home, but it's still way below everyone else. 82 per cent of Mexicans are using some sort of wearable at work, while 81 per cent in China have taken up devices such as smart watches and glasses.

The things Brits cite as deterrents include that employees are having to provide their own devices to use with wearables. They said that should companies start providing the hardware, they would be much more receptive to the tech.

Of the 38 per cent of workers using technology already, the majority said they find wearables improve the efficiency of the work, while 41 per cent also said it gives them a better work/life balance.

Unsurprisngly, one of the reasons the UK is so behind is because Google Glass isn't available in the country, despite gaining a lot of media attention, Kronos said. Only 25 per cent of the UK adults surveyed said they would use Google Glass once it became available, with many of those saying they would rather request a more traditional headset.

Joyce Maroney, director of the Workforce Institute at Kronos said: "There's a strong belief that wearable technology will take off in the workplace before the home because devices such as smart watches, intelligent ID badges, and fitness and health monitors can provide organisations with uncharted data collection points to greatly improve safety, productivity, collaboration, and overall workplace effectiveness.