Apple Watch vs Microsoft Band: Which will be best? 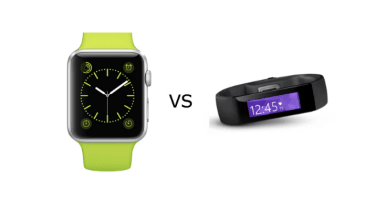 Despite being announced after the much-hyped Apple Watch, the Microsoft Band wearable has pipped its rival to market. Judging by the specifications, the Microsoft device could also be the more comprehensive health monitoring tool.

Below we take a look to see the key features of both wearables:

With Microsoft's commitment to cross-platform support, the Band is confirmed to work with Android, iOS or Windows Phone devices. All users have to do is to download the free Microsoft Health app from the relevant app store.

Meanwhile, the Apple Watch will be locked into the iOS ecosystem, with Cupertino telling users they will need to pair the device with an iPhone 5 or above for it to work.

Microsoft has squeezed more sensors into its Band so it should provide more data points compared to the Apple Watch. 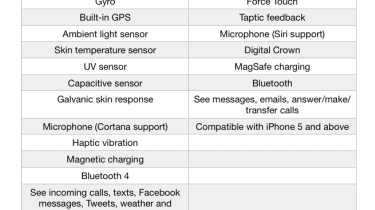 Heart-rate is the core metric almost all smartwatches offer. Unsurprisingly, Microsoft and Apple have taken a opposite approaches when it comes to measuring this.

The Microsoft Band uses a traditional optical sensor, with Microsoft claiming it will track heart-rates 24/7 to get an accurate picture of overall health. 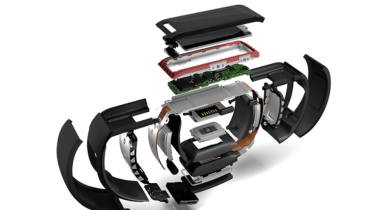 Meanwhile, the Apple Watch will use a custom-built sensor made up of infrared/visible-light LEDs and photodiodes to detect heart rate. It appears this feature will have to be activated manually by users but a nifty feature will also enable them to send their heartbeat to other Apple Watch users. 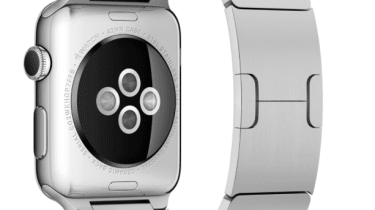 The Microsoft Band ships with a compact 1.4in TFT touchscreen display (320 x 106). It looks more like a dedicated fitness wearable rather than a traditional watch. 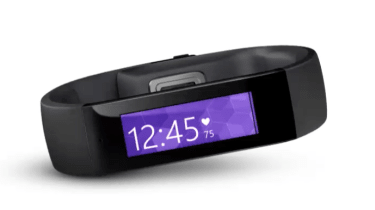 Apple will offer three models - a standard Watch, Sport and 18-carat Edition models. There will be two screen sizes available, but only the heights have been confirmed - 38mm and 42mm. No details have been released on the exact screen size or the display resolution but Apple does state the watches will ship with a Retina Display. 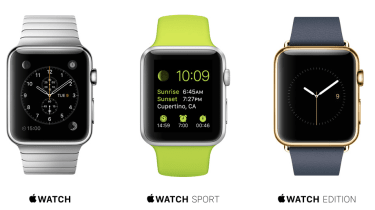 Microsoft is claiming 48-hours of battery life with moderate usage. However, the firm does state that this will reduce when intensive activities such as GPS mapping are used. It will take 1.5 hours to fully charge the Band.

Reports have suggested Apple has struggled to make its Watch last a full day and the firm is trying to improve this before the 2015 launch. Apple has confirmed the Watch will be charged using the MagSafe technology. 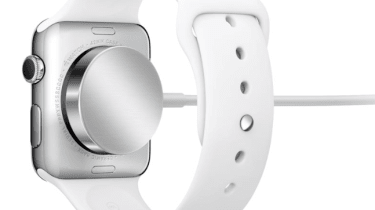 The Microsoft Health app is the primary interaction tool and is available for Android, iOS and Windows Phone.

Powered by the cloud, Microsoft Health aims to provide "actionable insights" to help you keep on top of your fitness. It will give you information like how long your body needs to recover before your next training session. When synced with calendars, the software will also be able to tell you whether having more meetings impacts on your sleep. 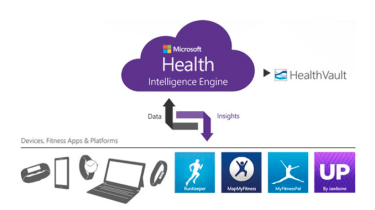 The Microsoft Band will be compatible with third-party apps including RunKeeper, Gold's Gym, My FitnessPal, and Starbucks. The firm says it plans to add more partners and also expects developers to create apps for its device. Users will also be able to share their data with the HealthVault app, which can be shared with other family members or a healthcare professional to keep track of any existing medical conditions.

Meanwhile, the Apple Watch has a bespoke Activity Monitor app built into it. This is made up of three graphical rings telling you everything about your daily activity. The Move ring will show how many calories you've burned. The Exercise ring shows how many minutes of brisk activity and the Stand ring will show how often you stood up. 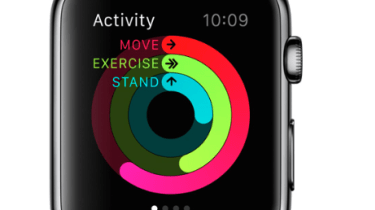 Core apps set to ship with the Watch include Apple Pay, Maps, Calendar, Passbook and developers will be able to create third-party software for the device too.

The Microsoft Band is available now exclusively through Microsoft Stores in the US. It's priced at $199.

The Apple Watch will launch in early 2015 with prices starting at $349.

Based on the paper specifications, Microsoft appears to have served up one of the most attractive wearables on the market. The Band is capable of being connected to Android, iOS or Windows Phone platforms, it touts a 48-hour battery life and has more sensors built into it than the Apple Watch.

Apple's device aims to mimic the look and feel of a more traditional watch. It has less health monitoring capabilities, but it appears Apple is focusing on quality not quantity with the first generation.

If Microsoft's device is capable of accurately tracking all the data points it promises, then it should be the more useful device.