4G speeds have halved in the UK 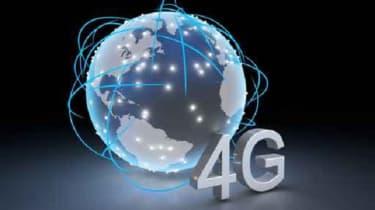 Average 4G speedshave almost halved over the last year, as more and more people sign up for the high-speed data service.

End users have rushed to sign up to 4G deals with their operators after being promised up to 10 times faster speeds, but the number of people now using the service has meant that speeds have significantly decreased.

According to a study by OpenSignal in association with Which?, whereby 39,294 phone users on EE, O2, Three and Vodafone were surveyed, the average download speed for 4G in August 2014 was 10.16 Mbps, which compares to 19 Mbps recorded in September of the previous year.

This suggests the gap between 4G and 3G speeds have started to close, despite customers paying premium prices for faster connections and widespread coverage.

Richard Lloyd, executive director of Which?, said: "We've looked at consumers' real-life experiences and found big differences in service between mobile phone providers, depending on where you live or work. We're calling providers to publish the reliability and speeds their networks actually achieve so people can make an informed choice before signing on the dotted line.

"We also support the Government's action on mobile roaming to rid the country of unnecessary notspots', so that a lost mobile phone signal becomes a thing of the past," he added.

Improvements to and theexpansion of 4G across the country hasn't been able to keep up with increasing demand, which has meant 4G hasn't maintained the high speeds original promised to customers.

There is also a disparity between 4G in different parts of the country, with London the strongest and Wales the weakest in terms of both 3G and 4G coverage. Vodafone customers have the best 4G speeds, while those on Three have the worst. Three also came last for coverage, with EE offering the most 4G across the UK.

Samuel Johnston, head of marketing at OpenSignal, said: "We hope this report can draw better attention to the current state of mobile network coverage in the UK, and help consumers better understand how the networks differ in terms of speed and real-world coverage."