Word, Excel and PowerPoint will be free for consumers on iPhones, iPads and Android tablets, but business users will still need to pay 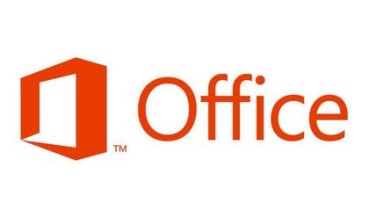 Microsoft is giving away its Office suite of applications, including Word, Excel and PowerPoint, for free to consumers on iPhones, iPads and Android tablets, but businesses will still have to stump up for mobile access to the productivity suite.

Although some functionality, such as tracking changes and customising charts will require an upgrade to a paid-for option, if users don't have a business account, the basic operations won't cost a penny.

Users will be able to access the apps to create, read and alter documents before saving them locally or to the cloud.

Previously, users could only use the Office suite of applications if they had an Office 365 subscription, costing 7.99 a month. They could access some limited features on the iPad version without paying too, but only if you wanted to read rather than edit documents.

Although the app is free for those who don't use their mobile device to access work-related documents, the case is not the same for business users who will have to pay the usual licence fees to use the software on the move.

John Case, the corporate VP of Microsoft Office, said: "Anytime someone has an idea or an inspiration, we want to empower them to take action. With over a billion Office customers worldwide, and over 40 million downloads on the iPad, it's clear that Office applications are what people want to use to get things done."

The iPhone and iPad versions of Microsoft Office launched yesterday and although the Android tablet is available in beta, it won't see a full release until next year.

Microsoft has re-worked the interface of Word, Excel and PowerPoint for iPhone, in order to address the smaller screen size. It's still a little awkward to fully use them on a small screen, but Microsoft hopes the introduction of its suite will take some of the marketshare away from Apple's free Pages and Sheets apps.