Android Lollipop 5.0 updates: Galaxy S3 and Note 4 will NOT be receiving update 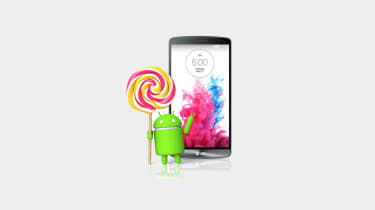 UPDATE: Bad news for UK owners of the Samsung Galaxy S3 and Note 2: the devices will not be recieving the Android Lollipop upgrade.

When questioned on Twitter about Lollipop rollout plans for the devices, the company was spurred into admitting that "we don't like to give out bad news... but the Note 2 and the Galaxy S3 won't be receiving the Lollipop update".

Instead both phones - which are still widely-used - will be left languishing on Android KitKat.

Users looking to upgrade, however, will be gratified to learn that the Note 3 will be getting the latest OS, although Samsung was unable to provide an estimated arrival date for the new software.

Android Lollipop 5.0 is now available on most manufacturers' flagship devices around the world, while Google has pushed out a 5.1 update in selected parts of Asia.

As a reaction to the delay in getting Android apps to various mobile devices, Google has announced it wants to cut down the wait time.

According to ComputerWorld, a new development program from Intel - Reference Design for Android - will ensure tablets and smartphones will start to recieve new updates and features within two weeks.

Devices made as part of the program will use a designated blueprint, and the consistency of hardware among Android phones and tablets will make delivering updates much easier.

The Nexus 9 tablet and the Nexus 6 smartphone were the first devices to ship with the software out-of-the-box, and popular handsets such as the Galaxy S5 and HTC One M8 are now receiving the update.

- Google has started rolling out Android 5.1 in India and Indonesia. The update is expected to fix issues including Wi-Fi problems and glitches with quick settings. It's also set to improve existing features such as the head-up notification and lockscreen.

- If you've got an Android Wear smartwatch, Google has rolled out an update. This allows you to download watch faces from the Play Store. It also improves navigation, brings bugs fixes and battery life enhancements.

- Sony is rolling out an over-the-air update to its Z Ultra Google Play edition handset. Lollipop will be rolled out to the entire Xperia Z line in "early 2015".

- Google has released Android 5.0.1 factory images for the Nexus 7, 9 and 10. This aims to fix bugs for video playback and a lock-screen issue, which was resulting in some users have their devices accidentally reset. Users will have to flash their device to install this update.

In a surprise move, LG has beaten everyone to roll out Android Lollipop to its flagship G3 handset first.

LG started pushing out Lollipop to G3 users in Poland on 9 November and said this would be "followed by other key markets in the near future".

"The G3 is scheduled to receive the Android 5.0 update in Q4 of this year, although a precise date is unavailable at this time," LG told IT Pro.

Carriers in the UK started rolling out Lollipop to UK users in late-December.

Update - Samsung Galaxy Note 4 users in Poland and Note Edge users in Australia have apparently recieved the Lollipop update, according to SamMobile. While this doesn't bring us any closer to a confirmed release date, it's a good indication that a UK update is around the corner, especially for the Note 4.

TmoNews also reports that T-Mobile users in the US are starting to recieve the Galaxy S5 Lollipop upgrade as a 1GB over-the-air download.

The South Korean firm has starting rolling out the Lollipop update to Galaxy S5 across Europe. Verizon has also started to roll out the update to Galaxy S5 users in the US. An estimated 1.7GB of memory is needed to upgrade, according to Verizon's software upgrade instructions.

The Galaxy S4, Note 2, 3 and 4 are expected to make the jump to Lollipop. A roadmap from French carrier SFR suggests the Note 4 will receive the update in January 2015. 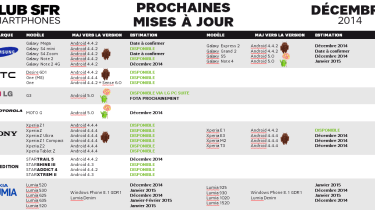 Sam Mobile has obtained a preview of Lollipop running on the Galaxy S5, and suggests the build could be available in December. However, this will be carrier dependent and we're still awaiting confirmation from Samsung as to when UK devices will be updated.