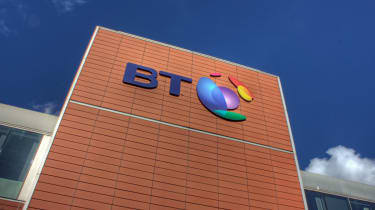 BT is to acquire rival network operator EE for 12.5 billion, after several weeks of exclusive negotiations between the pair.

The British telco has signed a definitive agreement to acquire EE, which will see it take over control of its 31 million-strong customer base, and its 834,000 fixed broadband customers.

It will also pave the way for BT to establish itself as a major player in the quad-play market, as it will now be in a position to offer customers access to mobile, broadband, TV and landline packages.

This is a position more and more telcos are making moves to get in, as users prefer the convenience of dealing with one provider for these different utilities.

It's also proving a lucrative area for providers to get into, with TalkTalk recently citing its decision to offer quad-play packages as the driving force behind the firm chalking up its strongest ever quarter of growth.

The mooted 12.5 billion would be paid on a debt/cash-free basis as a mixture of cash and shares to EE's owners Deutsche Telekom and Orange.

Deutsche Telekom is set to acquire a 12 per cent share in BT as a result of the deal, and would be granted permission to appoint one member to the BT board of directors.

Orange, meanwhile, would be gifted a four per cent share in BT.

Gavin Patterson, chief executive of BT, said both firms' customers stand to benefit from the deal by gaining twin access to the UK's biggest fibre and 4G networks.

"Consumers and businesses will benefit from new products and services, as well as from increased investment and innovation.

"The deal provides an attractive opportunity for BT to generate considerable value for shareholders, with significant operating and capital investment efficiencies supported by our tried and tested cost transformation activities," she said.

"The enlarged BT will offer significant opportunities for employees as we lead the creation of a world-class digital infrastructure for Britain."

Olaf Swantee, chief executive of EE, said joining forces with BT should ensure the UK remains "at the forefront of the mobile revolution", and bring huge innovation benefits.

"Joining BT represents an exciting next stage for our company, customers, and people. In the last few years alone, we have built the UK's biggest, fastest and best 4G network, significantly advancing the digital communications infrastructure for people and businesses across Britain."

BT to buy EE: The story so far

BT was given several weeks to perform the necessary due diligence before deciding whether or not to embark on a definitive acquisition agreement with EE in mid-December.

As reported by IT Pro at the time, BT was expected to confirm whether or not it will purchase O2 or EE on 15 December, as rumours emerged about its plans to take over one of the network operators for a rumoured 10 billion.

News of a possible deal between between Telefonica and BT, which would see the latter buy back the O2 mobile business from the Spanish firm, was first mooted at the end of November.

In a statement at the time, BT confirmed the two were in communication and said, "all discussions are at a highly preliminary stage and there can be no certainty that any transaction will occur".

"We have received expressions of interest from shareholders in two UK mobile network operators, of which one is O2, about a possible transaction in which BT would acquire their UK mobile business," the statement added.

It later emerged the second network operator referred to in the BT statement was EE, which was formed more than four years ago through the merger of Orange and T-Mobile.

However, before the deal can go ahead, it will need to be approved by regulators and BT's shareholders, but this isn't expected to cause too much of a hold-up.

Gartner research director Charlotte Patrick told IT Pro the "EU sound like they are coming around to the idea" of general consolidation in the global telecoms market, which would pave the way nicely for a merger.

She added that any possible deal between BT and EE "would mirror the sort of configuration that you have in other European countries already".

This story was originally published on 25 November, but has since been updated - most recently on 05/02/2015 - to reflect ongoing developments.