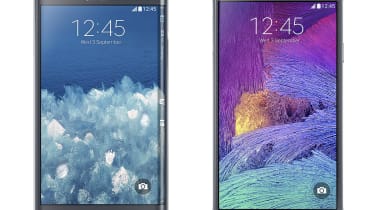 The Note series is geared towards business users with its giant 5in+ displays, long lasting battery life, multitasking capabilities and stylus input. This year, Samsung has shaken things up by offering two models - a standard Note 4 and the Note Edge, which debuts a curved display.

But do you really need the more expensive curved edition? We put the devices head-to-head in key areas including display, battery life, performance, ports/connectivity, software, and price to find out which is better value.

There's a minor variance when it comes to screen sizes. The Note 4 measuring in at 5.7in, to the Edge's 5.6ins. You'll struggle to perceive any visible difference.

Samsung uses its trusted Super AMOLED technology for both panels. This provides incredible contrast and flawless blacks indoors, where the top layer of glass doesn't cause reflections. 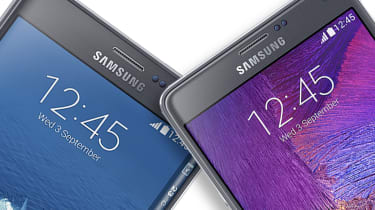 Of course the curved part of the Note Edge's screen is the main difference between the devices. Most of the time, you'll be using the bar to access commonly-used apps on the phone. This is fully customisable and is a convenient shortcut. 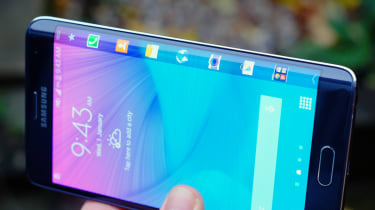 The Note Edge's sidebar also displays notifications, and adapts when it detects a compatible app. When you're using the stopwatch or default video player - you will see the countdown timer or the media controls appear on the curve and instead of taking up space on the main screen.

For the time being it'll mostly stay blank when using most Android apps because they need to be programmed to support it.

Winner: Note 4. The curved display on the Note Edge is in infancy and although useful, it doesn't feel essential and will need developers to get behind it.

The Note 4 has a larger 3220mAh battery, compared to the 3000mAh cell in the Edge. On paper this doesn't look like much but during testing we found a large disparity between the devices.

The Note 4 lasted 13 hours and 20 minutes during a looped video test while the Note Edge managed 9 hours and 40 minutes. It's a difference of nearly four hours and suggests power efficiency issues with the curved model. 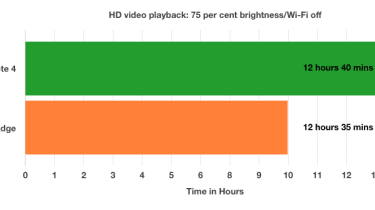 Even in real-life usage we could see a difference between the handsets. It was easy to run down the Edge's battery in a day, whereas the Note 4 managed to last a day and a half even with fairly intense use.

Both phones supported fast charging, which can get you from 0 to 60 per cent of charge in 30 minutes, when used with the official charger.

Winner: Note 4. The standard model offers superb battery while the Note Edge's is only just acceptable.

The Note 4 looks like an oversized smartphone whereas the curved display on the Edge gives it a weirder almost prototype-like look.

Samsung has started to transition away from the all-plastic style of previous phones, spurred on by criticisms over the tacky look and feel.

Both Note 4 models use metal trim around the side, paired with a thin fake leather plastic rear cover, which can be removed to access the innards.

The edges are now made of real metal too, giving the devices a premium feel. But those turned off by leather texture plastic may find little to like here. Neither device is waterproof, partly due to the fact they need a slot to house the stylus. 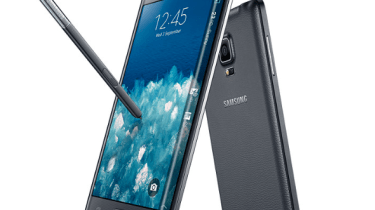 Dimensions are indistinguishable. With a thickness of 8.4mm (Edge) and 8.5mm (Note) you won't see any difference in the chassis and they both weigh in at 176g.

We did find the standard Note 4 more comfortable to hold because it was narrower 78.6mm - compared 82.4mm for the Note Edge. The curve also takes a bit of getting used to.

Winner: Note 4. It looks nicer and is easier to hold.

With equivalent specifications it's unsurprising the devices offer similar performance. Both are powered by Snapdragon 805 CPUs, with a clock speed of 2.7GHz. It's a 32-bit processor in a market that is just about to switch to 64-bit architectures.

If you want the most up-to-date hardware it is possible to buy a Note 4 with a 64-bit Exynos chip, but you'll have to import it into the UK.

Each device is loaded up with 3GB RAM, and in the UK both models ship with 32GB internal storage plus microSD support (up to 128GB). 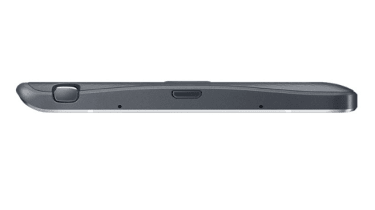 Benchmarks confirm there's little difference in performance. In Geekbench 3 there's a slight variance each time the taken is undertaken, but the result is around the 3300 point mark. There's greater benchmark variance with tests that are a bit more software-reliant, such as Sunspider, which the Note 4 is quicker at completing.

Both phones also benefit from the hardware improvements made to the S Pen. Pressure sensitivity levels are doubled to 2,048 points from its predecessor. This is the same sensitivity you'd find in professional graphics tablets like the Wacom Intuos Pro and boosts the creative potential of the devices.

Winner: Draw. Both are among the most powerful phones available at present.

Physical connections are the only area where Samsung hasn't taken a step forward over last year's model. The Note 4 drops micro USB 3 connectivity for the familiar, smaller and slower micro USB 2 connection.

It appears Samsung is waiting for the USB 3.1 socket to be introduced, and we wouldn't be surprised if the firm supported the standard in 2015. The micro USB connections on the Note 4 and Edge retain support for MHL, allowing connection to a TV's HDMI port with the right cable.

Wireless connectivity is duplicated with both offering 4G. As the Note 4 is available in more territories, it covers more of the globe with its various iterations.

Bluetooth 4.1, NFC and infrared are present, and they have Samsung's standard fingerprint scanner on the front and heart rate sensor on the back. Samsung has introduced UV and SpO2 (oxygen saturation) sensors, which allow more readings in the built-in S Health app.

Winner: Draw. These phones are class-leading for their excellent wireless capabilities and wealth of additional sensors.

The Note Edge camera appears to be identical to that of the Note 4. It uses a 16-megapixel Sony IMX420 sensor with optical image stabilisation. Just recently, it has been revealed that the Exynos version of the Note 4 uses an ISOCELL sensor like the Galaxy S5, but in the UK they use the Sony sensor.

Samsung hasn't officially confirmed this split and has done its best to equalise the results between the different versions.

Both cameras are equipped with optical image stabilisation, which offers better low-light performance and improved low-light shooting speed over the Galaxy S5. 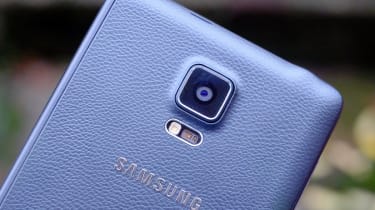 The devices ship with Android KitKat 4.4.4 and use a similar TouchWiz user interface. They are expected to be updated to Android Lollipop 5.0 starting in 2015.

Samsung has sensibly cut back its custom Android interface in the last 18 months, offering fewer pre-installed apps, a cleaner style and better performance than older models. 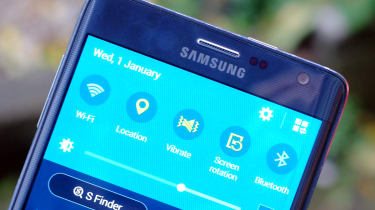 The Note Edge has the extra software to use the curved display, but this comes across as a modular upgrade, rather than something that radically affects the whole system. It does make the home screen layout a little bit uglier, though.

The only lingering worry is whether the Note Edge will get much in the way of software updates as it appears to have a limited rollout.

Winner: Note 4. The basic hardware is the same, but the Note 4 is the mainstream device so it is expected to have the priority when it comes to updates. With the Edge reliant on developers supporting the curve, it remains to be seen whether this will take off.

So which is best value?