iPhone 6 vs Galaxy S5: Which is better value? 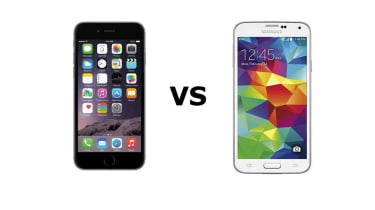 The iPhone and Galaxy ranges remain the most popular smartphones going into 2015.

We pit Samsung's jack-of-all-trades, the Galaxy S5, against Apple's iPhone 6 to see which is better value for money.

Crafted from a single piece of aluminium, the iPhone is cool to touch and comfortable to grip thanks to its 6.9mm frame and rounded corners. It's the best looking device on the market, in our view. 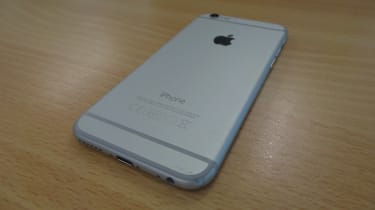 At 129g, you're not going to notice it in your pocket. Whilst we have no criticism of its looks, the iPhone 6 feels fragile. You'll want to invest in a cover because dropping the device is likely to result in a smashed screen or a dent in the metallic chassis. 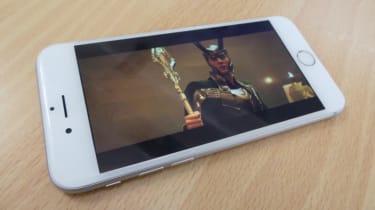 However, with a maximum brightness of 585cd/m2, this is one of the best LCD panels available on the market and you'll have no issues with web browsing and multimedia playback.

The design of the S5 splits opinion due to use of plastic instead of metal for the casing. You might find the back panel tacky, but it doesn't affect the performance of the device. Plus it's more durable and easily replaceable if damaged. 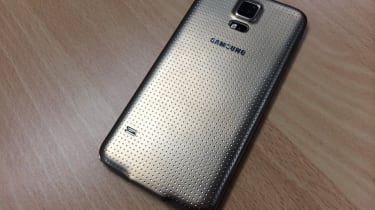 With a bigger 5.1in Super AMOLED display, the S5 is heavier (145g) and thicker (8.1mm). However, it's worth noting that it remains comfortable to hold and doesn't feel oversized.

To make the handset robust, Samsung has built it to an IP67 rating, meaning it's water resistant and dustproof. There's one port cover at the bottom covering the micro USB 3 connection. Samsung has made space for the micro SD card slot on the inside, so there's no requirement for any other flaps. 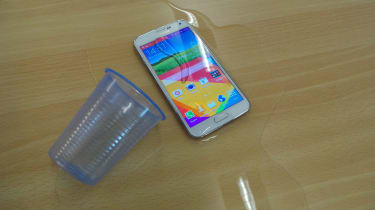 The screen on the S5 has a full HD resolution (1920 x 1080) and a higher pixel density than the iPhone 6 (432ppi). It's capable of displaying more detailed images and video as well as sharper text. A maximum brightness of 360cd/m2 isn't quite as high as the iPhone 6 - but it's still comfortable enough for use.

The biggest difference between the displays is colour replication. The use of Super AMOLED technology in the S5 means colours are more vibrant by default - like pages in a glossy comic book. The LCD on the iPhone displays more realistic looking colours. 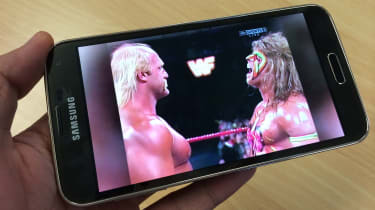 You can tinker with the display on the S5 by going to to Settings > Display > Screen Mode. There are five options and activating Cinema mode provides the most accurate colour replication.

Winner: Galaxy S5 - Although the iPhone 6 is arguably the better designed handset, the S5 has the superior screen quality, and is more durable thanks to the IP67 rating.

This has never been a strong point of iPhones and the same applies to the latest model. Apple uses an 1810mAh battery pack as the power source for the iPhone 6. It sounds good but when you consider the 4.7in screen size, it could have been bigger.

You should be able to get through the day with moderate usage - but bear in mind that the power cell is sealed into the chassis and it will degrade after a few months of daily usage.

Apple has added a battery usage menu, which shows exactly which apps are draining power. However, iOS lacks a power saving mode - so when you're running low on juice it's up to you to disable background tasks, change the display and network settings manually to save juice. 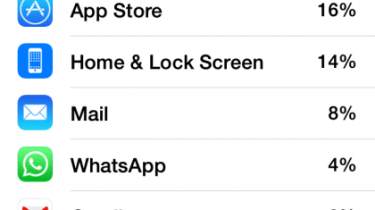 The 2,800mAh battery pack used in the S5 means the device has no problems lasting a full working day. It's also removable - which means you can swap it out once it starts to degrade or if you're a power user, carry a spare to slot in at anytime.

Samsung has taken power management to the next level with the S5. A standard power saving mode turns off background tasks and restricts performance.

When you need to stretch the battery for as long as possible, there's an Ultra Power Saving mode. This shuts down everything but the core apps, changing the interface to a list of simple icons. It's ideal when you're stuck in the middle of nowhere with no charging capabilities. 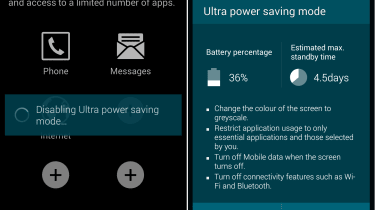 Winner: Galaxy S5 - It's got a large battery, which is supported by a multitude of power-saving features and it's user replaceable.

Available with 16/64/128GB of internal storage - the model you pick will be crucial at the time of purchase as physical capacity cannot be increased.

Apple does provide 5GB of free iCloud storage and more can be purchased if required.

Don't be fooled into thinking that 16GB of storage will be enough. This will get filled up in no time with app downloads, music, pictures and any videos. Issue will also arise when it comes to installing future iOS updates - and you'll end up having to transfer content to your PC. 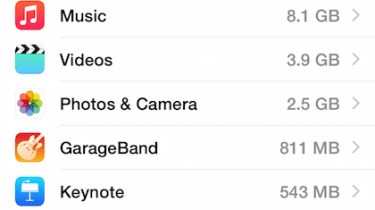 Samsung offers the S5 with either 16/32GB of internal storage. Because the device supports up to 128GB of additional storage via a micro SD card slot, it's ok to opt for the 16GB model.

When you buy a Galaxy S5 you also get 50GB of free Dropbox storage of two years.

The most subjective category of this test is software as it's the primary method of interaction with your device. Below we provide the pros and cons of both operating systems.

Winner: Draw - Neither OS is perfect and it will depend which you prefer.

Perhaps the best unique feature on the iPhone 6 is Touch ID, which is integrated into the home button. This fingerprint scanner allows users to unlock the device with a touch and also pay for purchases in the App Store and selected sites.

The firm has also rolled out Apple Pay across the US - allowing you to pay for purchases with the handset using NFC. This is expected to arrive in the UK during 2015.

Another feature is the M8 co-processor, which is responsible for collecting and processing data from the accelerometer, compass, gyroscope and the barometer.

Samsung has also built in a fingerprint scanner onto the front of the S5. It relies on a traditional swipe - so it's not quite as seamless as Touch ID. There's a heart rate monitor on the back of the device, which is hit-and-miss and doesn't feel necessary. 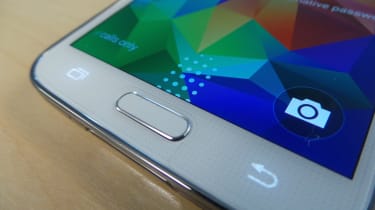 As mentioned above - the device is water resistant and dust proof - making it more robust than the iPhone 6.

Samsung has included a Download Booster functionality allowing users in regions such as the UK to combine their 4G signal with Wi-Fi to speed up the time it takes to download large files.

When you purchase a Galaxy S5 you also get a multitude of free trials for services such as Dropbox, Run Keeper, Bloomberg Businessweek+ and Evernote.

Winner: Draw - The iPhone 6 has the better implemented hardware features whereas the S5 has enticing freebies and software features like the Download Booster.

There's little to differentiate the devices in terms of performance. On paper, the S5 has the better display, battery life and storage. However, it real-world usage, we prefer the less bloated software on the iPhone and features such as Touch ID are superbly implemented.

That said, when it comes to value for money, there is only one winner.