Apple iPhone 6s and iPhone 6s Plus: Everything you need to know 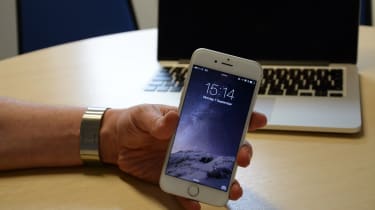 iPhone 6s and 6s Plus specs

The iPhone 6s and 6s Plus will boast 2GB of RAM, Apple's development tool Xcode confirmed, as revealed by iOS developer Hamza Sood on Twitter.

RAM specs were not revealed during Apple's Special Event media launch, nor does the company's technical specs page for the devices include any memory details.

Previous iOS devices have included up to 1GB, but with many flagships now boasting 3GB or even 4GB of system memory, the iPhone has become outclassed in this regard.

The latest news comes after both KnowYourMobile and TechnoBuffalo reported the likelihood of the long overdue memory upgrade, which should provide bonuses to multi-tasking and general system performance.

A high-performance, energy-efficient A9 chip with a 64-bit processor will power the next-generation iPhone, with Samsung believed to be the main supplier of the component.

This could leave the handset with speed to "kill for", according to Srini Sundararajan, a semiconductor industry analyst with Summit Research, quoted by Investors.com.

Sundararajan stated the phone's performance increases will be thanks to the A9 chip, which is built with 14-nanometer architecture.

The new chip is 70 per cent faster at CPU tasks than its predecessor, the A8, said CEO Tim Cook at the launch event. It's also 90 per cent faster at graphics tasks while an M9 motion processor is built in to track your fitness. Because it's incorporated into the A9 chip, it will always remain on.

The iPhone 6s will likely feature a stronger chassis than its predecessor to prevent a repeat of 'Bendgate', which afflicted the iPhone 6 Plus.

Unbox Therapy claimed to have got its hands on the new rear case, which is indeed thicker than the iPhone 6s', reinforcing some of the weak points that caused the problems in the first place. As well as strengthening the phone, the shell is two grams lighter

Future Supplier also managed to get hold of what it claims is an iPhone 6s casing, reporting that it feels more durable and sturdy than the 6 Plus's shell.

The leak comes after KGI Securities analyst Ming-Chi Kuo, one of the biggest sources of Apple leaks, said in June that the tech giant would use a higher grade of aluminium in future casings that is alloyed with zinc to avoid bendgate.

The 6s sticks with one of the least popular features of the iPhone 6, the horizontal plastic strips lining the back of the handset's casing.

The lines help radio waves penetrate the metal shell, and remain on the 6s despite Apple patenting technology that would replace the plastic with a metal oxide blend. While this technology is in the works, it was not ready for the launch of the iPhone 6s.

As for colours, the iPhone 6s is available in gold, rose gold, space gray and silver.

Apple's new iPhones boast expanded battery lives, with 6s users able to talk for 14 hours on 3G, and use the internet for up to 10 hours on 3G and 4G, or 11 hours on Wi-Fi, according to Apple. 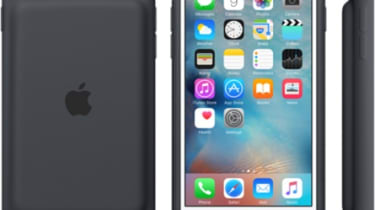 From December 2015, Apple started selling its own battery cases for the iPhone 6 and 6s, priced at 79.

The tech giant claimed the case improves the 6 and 6s's battery life to 25 hours talk time, 18 hours of LTE internet use, and 20 hours of video playback.

Unlike some third-party battery cases, which must be clipped around the iPhone, Apple's Smart Battery Case lets users slip the iPhone inside it.

The case is available in charcoal grey and white, and can be charged simultaneously with the iPhone.

iPhone 6s and 6s Plus colours and accessories

The iPhone 6s and iPhone 6s plus are available in four colours: Space Gray, Silver, Gold and, for the first time, Rose Gold.

This article has been updated to keep up to date with the latest news and developments (the most recent update was (08/12/2015).