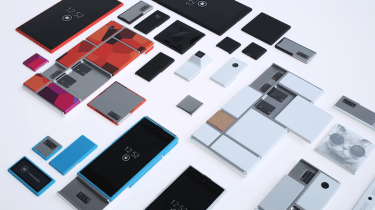 Users of the modular device can swap hardware and features to fully customise the phone, and Puerto Ricans will be the first to test it out when Google launches a pilot there in the second half of 2015, working with carriers OpenMobile and Claro.

The tech giant said Puerto Rico was selected because 77 per cent of people there access the internet mainly through their mobile phones.

Google added that the country is "a gateway from the US to the world".

"It is a bilingual culture. It is well-connected as a communications, logistics and trade hub. It has designated free-trade zones, which we can use for importing modules from developers worldwide," the company continued.

Participants in the pilot should be able to customise their devices using the Ara Marketplace and Ara Configurator apps - the former allowing them to purchase new modules for their device.

The device will launch as the Spiral 2 handset, a simple skeleton, which customers can then make their own, adding parts such as speakers, cameras, batteries, displays, the application processor, wireless connectivity, blood-sugar monitors, laser pointers and pico projectors depending on their needs.

Parts such as the screen can be swapped if they break, making it a low cost phone with much longer lifetimes than the average smartphone (between five and six years).

The parts all slot in and attach via magnets to make it a little more solid and there's a 3G modem and antenna support integrated into the skeleton for full connectivity.

The modules can be exchanged while the device is still on, temporarily disabling the magnets so they can be removed easily.

Google said its modular devices are aimed at those who don't current own or can afford a smartphone. The modular aspect means users wouldn't have to replace their devices, but can just replace the modules to upgrade their device.

The Spiral 2 device will have up to 30 modules available later in 2015, with devices distributed in Puerto Rico via food truck-style stores.