Google Glass is being withdrawn from sale, as reports of redesign “from scratch” surface 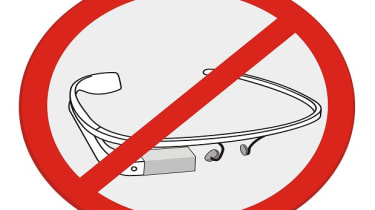 Production of Google Glass's first iteration is being halted and sales of the devices stopped, but the search giant has denied it is ditching the idea of making its own smart glasses.

The company has confirmed in a Google+ blog post that people will no longer be able to buy the head-mounted, wearable computers through its Google Glass Explorer programme from 19 January.

However, Google has been quick to deny this means it's pulling the plug on the venture completely, and claims the decision will give it more time to concentrate on "what's coming next".

"We still have some work to do, but now we're ready to put on our big kid shoes and learn to run," the post states.

As part of this, the Glass team is now being spun out of Google X the business division responsible for developing and testing the firm's "moonshot" projects, which currently include its driverless cars and drone delivery services.

The post suggests the move could see Google make more of an effort to court the enterprise with Google Glass, and boost take-up of the technology within the business market.

"Interest in wearables has exploded and today it's one of the most exciting areas in technology," it reads.

"Glass at Work has been growing and we're seeing incredible developments with Glass in the workplace."

Now news has surfaced of Google's future plans for Glass, which will see the headset completely scrapped and redesigned "from scratch," according to the New York Times.

The launch of a new iteration of Glass will be ushered in by Tony Fadell and Ivy Ross, a jewellery designer and head of Google's smart-eyewear division.

Fadell, a former Apple product executive and founder of Nest, said in a statement: "Early Glass efforts have broken ground and allowed us to learn what's important to consumers and enterprises alike. I'm excited to be working with Ivy to provide direction and support as she leads the team and we work together to integrate those learnings into future products."

In regards to a complete overhaul of the product, an advisor to Fadell shed some light on the situation, telling the paper: "There will be no public experimentation. Tony is a product guy and he's not going to release something until its perfect."

This may mean that the new Glass could avoid some of the hurdles of the first iteration, which was effectively a prototype being sold to consumers and the enterprise for 1,000.

According to industry experts, who spoke to IT Pro for an article looking at the long-term viability of Google Glass, the business market rather than the consumer space is where the company is tipped to do well with the wearable.

"In the meantime, we're continuing to build for the future, and you'll start to see future versions of Glass when they're ready," the Google+ post continued.

The announcement about sales of Google Glass being stopped was unlikely to come as much of a surprise to tech market watchers, as rumours suggesting Google might be planning to ditch the project had been circulating for some time.

Despite the product being available to buy through the Google Glass Explorer Programme, these were merely considered prototype devices, and no firm general release for the finished product has been offered by Google to date.

This hasn't stopped the device being banned from use in several public places (including cinemas, restaurants and bars), on privacy grounds.

This article was originally published on 16 January, but was later updated to include information aboug Google Glass re-design on 6 February.