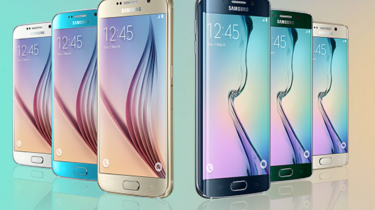 The rumours were true...

Samsung's next generation flagship devices were previously leaked by a Sprint employee on Reddit. 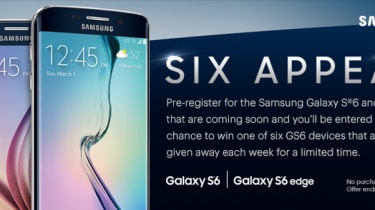 Samsung teased a curved display at its official pre-order page, so the smartphone maker could have another surprise in store during the event. 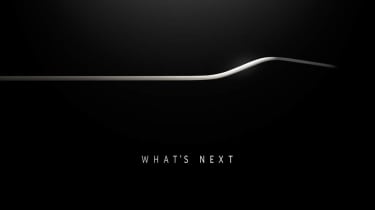 According to Bloomberg, the S6 Edge could have a screen that covers three sides of the device.

Sources with "direct knowledge of the matter," say one of Samsung's upcoming releases will be draped and feature a screen that "covers the front and both the left and right sides."

The same source claims both devices will have 5.1in screens and use metal frames provided by BYD Electronic International Co.

A recent leak from SamMobile shows what is claimed to be an image of the device. It looks similar to the iPhone 6 and the headphone socket has been moved to the bottom of the device.

The micro USB port, proximity sensor, light sensor and front-facing camera also appear in the image to have swapped sides from the right of the earpiece to the left.

An anonymous source from the South Korean manufacturer has shown what is believed to be the Samsung Galaxy S6 in five different forms. The image was obtained by CNET Korea and shows a 3D render of five different variants of the new handset including the normal phone and an image of it in a protective cover.

The most interesting version comes at the end with an Edge-style display where the screen bends around the side of the phone. This was first seen on the Samsung Galaxy Note Edge released alongside the Galaxy Note 4.

The Galaxy Note Edge was restricted to certain markets so the Samsung Galaxy S6 Edge may also turn out to be a limited edition version.

As for the design of the normal handset, the images show it will have a metal rim as well as what looks like a metal back panel for the rest time on a Galaxy S flagship phone. The home button seems to be making a return as well as the central rear camera.

Despite previously using Qualcomm processors for devices, the Galaxy S6 will instead have Samsung's own processors, Bloomberg claims. This comes after Qualcomm's Snapdragon 810 chip reportedly overheated during testing for the smartphone.

It is currently unknown what further hardware updates either device will sport, though it is likely the Galaxy S5's water resistant case, heart-rate sensor and fingerprint scanner will be carried over.

Some sources have claimed the Galaxy S6 will feature a touch-sensor, replacing the swipe-based sensor the Galaxy S5 currently sports.

With the new sensor, users will be able to unlock the device by placing their full fingerprint on the home button, which could also be larger.

SamMobile's report on the component says: "The new touch-based sensor is built into the home button as well, just like its predecessor. However, we are told the Korean company has made the home button slightly bigger compared to the Galaxy S5 and Note 4, which makes the experience flawless.

"With the new touch-based sensor, you wouldn't have to swipe your finger on the sensor anymore; instead, you would just place your fingertip on the home key at any angle then lift it off, and that's it."

According to another report from SamMobile, the Galaxy S6 will not ship with the complete collection of pre-installed apps we're expecting, instead joining with Microsoft to offer some of its premium services.

"It's unclear just what kind of apps Samsung has removed," the site says. "It's possible that things like S Voice, S Health, S Note or Scrapbook will not be pre-loaded anymore and will instead be offered on the Galaxy Apps store.

"What's interesting is that Samsung has apparently pre-installed quite a few Microsoft apps, possibly as a result of the deal the two companies made recently in relation to the patent royalty case they were embroiled in."

This is in line with recent moves from Microsoft, who is said to be moving away from hardware in light of apparently insurmountable competition from platforms such as Android.

The first indication Samsung is planning a major departure from previous releases with the S6 was in the codename, Project Zero', which ditched the company's usual pattern of giving projects alphabetical monikers (e.g. Project K for the Galaxy S5) ahead of release.

"Our source report that Samsung is developing its next-generation flagship device from scratch with an entirely new vision," SamMobile said of the rumours.

Sales for the Galaxy S5 have been disappointing, with Samsung reportedly selling 40 per cent fewer devices than the S4 as of the end of November. The device shifted 12 million units in the first three months following its release in April, compared to 16 million S4's sold in the same time period.