HTC also teams up with Valve to create a VR headset 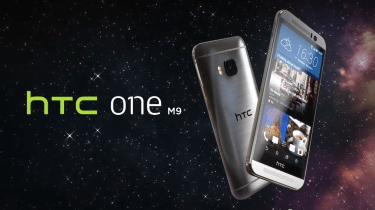 HTC's One M9 handset will go on sale next week (Tuesday 31st March). We're currently putting the device through its paces and will be publishing our detailed review shortly. In the meantime, we've rounded up some information about the much anticipated device below.

The Taiwanese firm has made incremental upgrades to its critically acclaimed One M8 handset. IT Pro's sister title Know Your Mobile says major tweaks weren't really requied anyway, due to the solid foundation provided by the M9's predecessor. It managed a brief hands-on with the device at MWC in Barcelona and declared it "arguably the most competitive HTC handset to date." Big praise indeed.

Key hardware features including the screen size and design remain the same, with the biggest changes coming to the internals. The M9 uses the latest Qualcomm processor, more RAM and has a revamped rear camera. 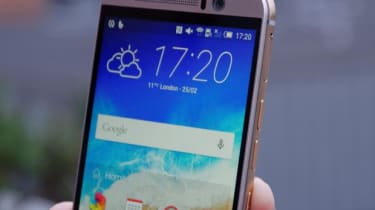 On the software side, HTC has also introduced its Sense 7 interface to overlay Android Lollipop. Sense is now location and time sensitivity, so it can change which apps appear on your homescreen, or update the HTC Blinkfeed news and social media stream, based on where you are.

Unlike Sony and Samsung, HTC has yet to offer any IP certified ratings, so the M9 will not be waterproof or dustproof out-of-the-box.

HTC will continue to offer a range of accessories - including its Dot Matrix cover, which allows users limited interaction without having to open the case.

HTC has confirmed that the device will start shipping on the 31st March so users have just a couple of weeks to wait to get their hands on the device. The high-end handset is expected to retail around the 520 mark for SIM-free with free phone contracts starting at 42 a month.

HTC has also teamed up with Valve to create a virtual reality headset, which it says will be ready for a mass market launch before the end of 2015. 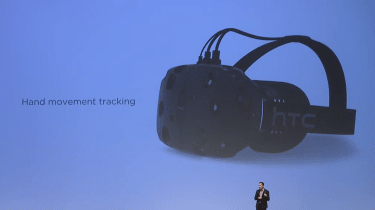 The firm has given basic details about the device, which is still under development. Developers will be able to get their hands on the device starting in the Spring, and a consumer launch is pencilled in for the end of 2015. So far we know:

- The Vive has 70 sensors, including a gyrosensor, accelerometer, and laser position sensor, which allows 360 degree room tracking. Objects can be explored from all angles.

- Wireless controllers and hand movement tracking will be supported.

Meanwhile, the firm has also entered the wearable market with its first fitness tracker. It features a curved display (32 x 160 pixel), which wraps around your wrist and will also be compatible with Android & iOS. 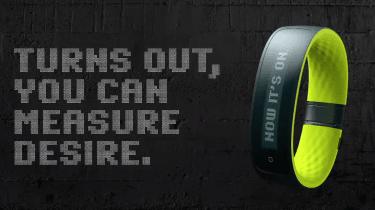 The Grip will have five sensors built-in:

Battery life is expected to be between 48-72 hours - although with GPS activated this will reduce to five hours.

"Designed to seamlessly sync your training data with Under Armour Record. You will now have access to an interactive network that tracks progress and provides training advice. All directly from fitness experts," claimed HTC Peter Chou during the unveiling in Barcelona.

"You can [also] invite up to 20 friends to compete in customised fitness challenges."

This article was originally published on 2/02/15 and has been updated multiple times (most recently on the 27/03/15) to reflect new information available since original publication.