Since the technology was introduced on Android and iOS devices, thefts have reduced by 50 per cent 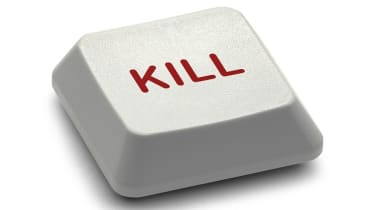 The UK capital leads the three cities that saw the best results, with smartphone-related crime down by 40 per cent in San Francisco, while New York law enforcers saw a 25 per cent decline.

Kill switches were introduced in September 2013 with the Android operating system, allowing uses to lock their devices remotely should they be stolen. To unblock the phone, criminals must input a an ID and password to use it, or sell it on the black market.

Apple followed suit, making its kill switch on by default on iOS 8 devices, although iPhone users can turn it off if they wish.

In October, Google announced it would introduce an opt-in kill switch feature called Factory Reset Protection in its Android Lollipop operating system, but hasn't revealed if it would be activated by default.

However, campaigners are calling for all devices to come with a kill switch turned on by default to further discourage criminals from stealing devices.

London Mayor Boris Johnson said: "We have made real progress in tackling the smartphone theft epidemic that was affecting many major cities just two years ago," while San Francisco District Attorney George Gascon added: "Preventing their own customers from being the target of a violent crime is the coolest technology [mobile manufacturers] can bring to market."

Johnson is currently in New York on a trade envoy. Today he announced US investors are boosting London's technology economy with contributions of $795.2m (521m) from US investors in 2014.