Sony forges ahead with SmartEyeglass release

Sony has not been dissuaded by the failure of Google Glass, having outlined plans to launch its SmartEyeglass for developers 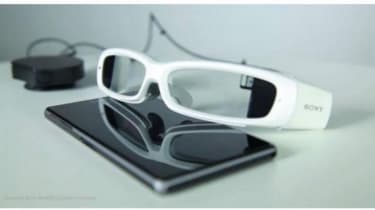 Sony has revealed plans to launch its own smartglasses with "holographic wavelength technology", undeterred by Google's recent decision to scrap the current version of Google Glass.

According to Sony, the glasses will bring "true augmented reality" with translucent lenses that display information onto the wearer's field of view without obstructing their vision.

SmartEyeglass sport an image sensor, 3-megapixel camera, gyroscope, integrated accelerometer, electronic compass and microphone. Also, instead of having the controls situated on the glasses themselves, like Google Glass, the device will come with a separate unit housing the microphone, speaker, NFC, touch sensor and battery.

"Developers can combine the SmartEyeglass sensors and camera with powerful features of the smartphone to create unique hands-free use cases," Sony says.

"Whether you're watching a live game, concert, touring a new city or carrying out a job, SmartEyeglass helps you stay focused and involved, whilst supporting and empowering you with extra data, help and information."

When announced late last year, Sony's headset was touted as the next big competitor to Google Glass before the search engine giant decided to withdraw the device from sale ahead of a complete overhaul.

Sony's vision for the smart specs includes the ability to access "on-demand information in both consumer and professional use cases all while having the hands-free for other tasks."

The SmartEyeglass Developer Edition SED-E1 is now available to pre-order in the UK and Germany, set to go on sale in Japan, US, France, Italy, Spain, Belgium, Netherlands and Sweden from next month. Sony hopes to release the product for consumers in 2016.