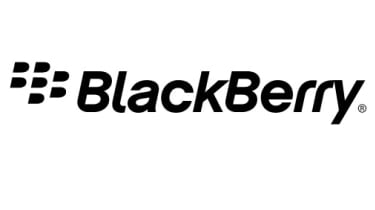 The number of non-business users of BlackBerry devices looks set to sink below the one million mark by the end of 2015, new figures show

eMarketer told The Guardian the company's customer base could fall to as little as 700,000 users outside of businesses and, by 2017, this could drop even further to around 400,000.

For business use, BlackBerry has held on to its popularity for longer, and this has led the company to adjust its branding to target enterprise users over general consumers.

Bill Fisher, UK analyst at eMarketer, said: "BlackBerry's fall from grace has been spectacular, but these latest figures show that even its previously loyal core seems to be leaving in droves. Its market share has been decimated by Android and iOS, and more recently by Windows Phone, which is slowly gaining a foothold in the UK market."

In addition to this, research company Kantar Worldpanel told the publication that BlackBerry currently has 1.4 million non-business users, but this number is steadily falling with the company shedding around 56,000 users each month.

"I'd expect we would see fewer than a million people with a BlackBerry as their primary handset around September 2015," Dominic Sunnebo, global consumer insight director at Kantar, added.

BlackBerry faces stiff competition from Apple, Android and Windows Phone, which make up 32.2 per cent, 56.2 per cent and 8.6 per cent of the UK market, respectively (according to eMarketer). BlackBerry's share, meanwhile, amounts to 1.9 per cent.

"What this does mean is that easy wins' in the UK market are coming to an abrupt end," Sunnebo continues. "With only 2.1 million customers of old platforms like BlackBerry, Palm, [Nokia] Symbian and [Samsung] Bada left, brands can only really win significant numbers of new customers from consumers already suing modern, competitive platforms."