Apple has launched the new iPad Mini 4, on sale now 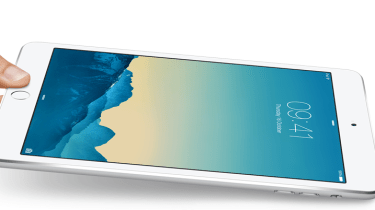 Apple quietly announced the iPad Mini 4 at it's special 9 September event in San Francisco alongside the iPad Pro and iPhone 6s. It is on general release now.

This will be Apple's first update to the iPad Mini since the third generation model two years ago, and the 7.9in tablet has been decked out with lots of new hardware. This includes an A8 processor, 64-bit-desktop-class architecture, 8-megapixel camera and storage options between 16GB and 128GB. Prices start from 319 for the 16GB model.

This makes the iPad Mini 4 much like a smaller version of the iPad Air 2, with the A8 processor in particular helping it to cope with multitasking and split screens coming with iOS 9.

It has been reported that the updated tablet could be Apple's last iteration of its smaller iPad, with Venture Capital Post previously claiming that the company wants to concentrate on its larger devices (including the iPad Pro) instead.

LatinoPost is one of several publications to reported the original iPad Mini and iPad Mini 3 could be scrapped, with only the iPad Mini 2 and iPad Mini 4 set to stay in Apple's refreshed tablet range.

Some reports have pointed to Apple's iPhone 6 Plus phablet' as a reason for the iPad Mini's declining sales. Apple's overall global tablet market share fell from 29 per cent to 23 per cent year-over-year in 2014.

Forbes wrote: "While the mini is still likely to prove popular with customers who seek an affordable, easy-to-use tablet with a comfortable viewing experience (130 per cent more area than iPhone 6 Plus), the one-device-fits-all proposition of the iPhone 6 Plus is likely to hurt sales.

"We believe that an iPhone 6 Plus customer will be less inclined to purchase an iPad mini, given that the iPhone 6 Plus provides a good balance in terms of functionality, screen size and portability."

"Some tablet users are not replacing a tablet with a tablet, they are favouring a hybrid or two-in-one devices, increasing its share of the ultramobile premium market to 22 per cent in 2014, and 32 per cent in 2018."

This article was first published on 25/2/15 and has been updated since (most recently on 10/9/15) to reflect new information that has become available.