Is the BlackBerry Leap a step in the right direction? 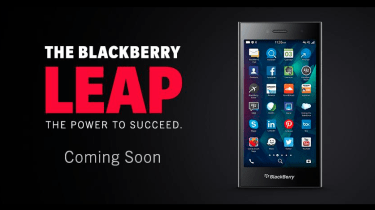 The BlackBerry Leap will launch this Spring with a sub-200 price tag, targeting entrepreneurs and start-ups.

The mid-tier device is designed to act as an entry-level business smartphone, and while its specs can't match those from the likes of Sony or Samsung, its battery could be one of its biggest assets.

Cash-strapped startups interested in the phone could come to rely on the 25-hour battery life - if the Leap can deliver on BlackBerry's promises, that is - especially when compared to the underwhelming performance of devices such as the iPhone.

Despite having a 5in touchscreen (1280 x 720), the mid-tier price has necessitated compromises elsewhere. The Leap uses a two-year-old dual-core, 1.5GHz CPU, 2GB of RAM and aforementioned 720p display.

Other core features include 4G connectivity and 16GB of onboard flash memory, which can be increased through micro SD (up to 128GB).

One area where BlackBerry is making full use of its pedigree is in security. The company's Software-as-a-Service (SaaS) arm has been gaining steam, with Mobile World Congress witnessing a partnership between Samsung Knox and BlackBerry Enterprise Server 12.

This expertise will be transferred to the Leap, with encryption support, malware protection, and the ability to backup, wipe and restore your data all built-in. This puts the Leap in the same niche as the recently announced Blackphone 2, which also bills itself as a fully-secured smartphone.

The Leap will be pre-loaded with BlackBerry's latest operating system, OS 10.3.1. In addition to native apps and the much-loved BlackBerry Hub, the OS also comes with BlackBerry's Blend software for sharing files and notifications across different devices and BlackBerry's take on a Siri-style digital assistant.

The company has also announced plans to produce a further three handsets this year, including a keyboard-based smartphone and has also teased a slider model.

This article was originally written on 3 March 2015, and was updated on 23 March 2015 to reflect the latest specs and news.