Blackphone 2: is it right for your business? 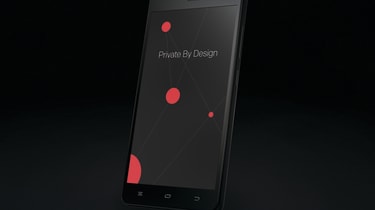 Silent Circle has unveiled the Blackphone 2, its latest security-centric smartphone that offers full encryption - and a host of new features aimed at business users. Is it time for your company to switch to a secure phone?

The Geneva-based handset maker was widely praised for its first Blackphone, which paired with the company's PrivatOS operating system allowed users to encrypt virtually all data on their devices.

The Android-based PrivatOS supposedly closes all the backdoors and loopholes found in the source code of other platforms, securing a user from malware, exploits and other chicanery. It also comes bundled with a raft of services designed to safeguard your data, such as anonymous internet searching, call and text encryption, and greater control over in-app permissions.

The Blackphone aims to secure all your personal information from outside attack, ensuring that texts, calls, file transfers, payment details and more can't be intercepted or tracked. The second edition also includes conference-call tools and segregated profiles, designed to help professionals use the handset in their personal and work lives.

Previously, Blackphone's principal market was tech-savvy consumers seeking to protect their privacy in a post-Snowden environment. While Silent Circle has reiterated its commitment to consumer-level privacy tech, it's evident that the company is also looking at increasing its foothold in the business sector.

It ties into a growing trend in the enterprise space towards security and greater informational awareness. "Companies are keen to ensure that mobile devices don't become an easy route into the corporate network, or a means by which confidential corporate data are leaked," said Kaspersky Lab's principal security researcher David Emm. "So security and privacy are now seen as saleable features and a means for vendors to differentiate themselves from others in the market."

With the Blackphone 2, Silent Circle has expanded the business features of its software. In addition to the secure voice and SMS capabilities, the enhanced PrivatOS 1.1 includes a secure conference-calling tool called Silent Meeting.

There's also a new feature called Spaces, which allows compartmentalised profiles. This lets users separate all their work activity from their personal device use, minimising the damage of any potential breaches.

Companies can also use this to draw clear definitions between employee's business and personal uses for the purpose of finance and expenses, in a similar way to BlackBerry's WorkLife system. Gartner analyst Dionisio Zumerle said such tools can help business adoption as it "makes it easier for... users to bring [their handset] to work".

While Blackphone's operating system is the primary draw for the majority of adopters, competitive hardware is also essential. Although Blackphone 2's predecessor was perfectly adequate in terms of its internal specs, the 4.7in screen, 2GHz processor and 2GB of RAM meant it was more mid-range than high-end.

Silent Circle is clearly seeking to remedy that with the Blackphone 2, with a 5.5in screen and 3GB of RAM helping to bring the latest Blackphone in line with more premium rivals. And, for businesses looking for tablets, Silent Circle also announced the Blackphone Plus, though it revealed few details.

The introduction of conference-calling security and a tablet device indicate that Silent Circle is looking to occupy a similar space to BlackBerry on the corporate landscape, providing cross-device software and security packages at an executive level.

Whether it's successful is a different story. Forrester analyst Tyler Shields doesn't "feel that either will ever become a major player in the handset market" compared to Apple and Android, and pointed out that BlackBerry "has a leg up given their size and market presence".

However, in the wake of scandals such as the recent Sony, Snapchat and Gemalto hacks, marketing fully-secured corporate comms and data structures is likely to be a good move, with Shields saying that "there is demand in the highest security organisations and user segments for a product like this".

Silent Circle also highlighted its efforts to avoid bloatware, malware and other unwanted pre-installed software following Lenovo's Superfish debacle. "Blackphone is clearly aimed at those who would prefer the security of checking what happens on their device," said Emm, and that "the key thing, whether using a Blackphone or not, is to be cautious about installing apps and be wary about the permissions they request when installed".