What Google's MVNO plans mean for the UK

Can Google offer anything new in an over-saturated UK mobile market? 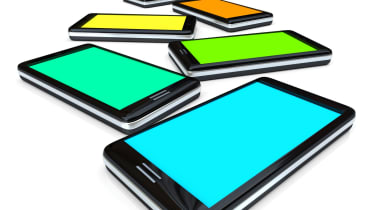 Your next smartphone could be a Google one - and not just the operating system it's running.

'Project Nova' will see Google setting up a mobile virtual network, using a combination of existing network masts and Wi-Fi hotspots. But why is Google now getting into the network game, what new features can it offer - and can it cut it in the competitive UK mobile market?

The key lies in its approach. Instead of erecting new masts, the mobile virtual network operator (or MVNO) business model involves companies purchasing chunks of bandwidth from competitors, which they can then repackage and sell on to new customers. This is the system currently used by providers like GiffGaff and Tesco Mobile, and has proved greatly successful in the UK.

Google has taken this a step further. Rather than the current MVNO setup, which relies on piggybacking on a single network's connection, Project Nova plans to license masts from multiple providers, flipping back and forth between them depending on connection strength.

Since they wouldn't be locked in to one provider, regardless of signal quality, this project would allow customers to get the best possible connection in any given area, drastically improving mobile broadband speeds.

In addition to this, it will also incorporate the use of Wi-Fi hotspots, presumably using VoIP technology to transmit calls. This move could see Google making deals to use some of the projected 5.8 million public Wi-Fi zones that the Wireless Broadband Alliance claim will cover the globe by 2015.

Thanks to companies such as O2, BT and Sky-owned network The Cloud, there is already an abundance of public hotspots that Nova could use. Coupled with the government's increasing push for superfast broadband adoption, this could make Britain the perfect market for this service.

However, Google hasn't yet announced if or when the Nova MVNO will come to the UK. The scheme will initially launch in the US, with T-Mobile and Sprint rumoured as partners. However, it's likely that success in American markets will lead to Google rolling out the system in the UK, especially given the MVNO model's proven viability, and T-Mobile's existing market foothold as part of EE.

While Google's entry into a market doesn't always revolutionise it, the arrival of Project Nova in the Uk could well be a boon to consumers, according to Professor Will Stewart from the Institution of Engineering and Technology. He said that Google "is likely to pursue similarly innovative efforts in the UK, which could speed up the arrival of universal digital accessibility, not least by encouraging others providers to rise to the challenge".

That said, Google doesn't intend to topple the big mobile operators. Senior VP of Android, Chrome and Apps Sunder Pichai said that Google doesn't "intend to be a network operator at scale". Instead, he has compared the idea to the company's Nexus range of budget smartphones, demonstrating innovative possibilities "at enough scale to achieve impact".

The program is being operated as part of Google's ongoing strategy to link up non- or under-connected areas by providing a "backbone" of connectivity that other providers can use as a basis. In addition to Project Nova, Project Link is building high-speed fiber broadband in the Ugandan capital, while Projects Titan and Loon are trialling 4G mobile internet via drones and airborne balloons, respectively.