Can Apple make us care about smartwatches? 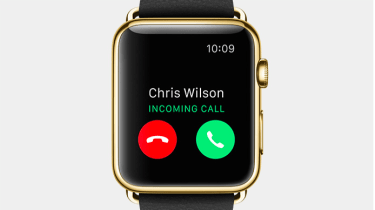 OPINION: I am thoroughly unimpressed with smartwatches. Admittedly, in reviewing Android Wear watches for IT Pro's sister title Computeractive, I've seen glimmers of potential in features like Google Now.

For the most part though, the clunky software design and appalling battery life have left me pining for my trusty analogue Seiko. Apple, however, works on its own terms. At no point does Apple ever use the term smartwatch' to describe its simply-named Watch both semantically, functionally, aesthetically and in terms of price, Cupertino is trying to set the Apple Watch apart from all other wrist-worn computers.

My smartwatch scepticism stems from their complexity and lack of purpose. Apple is all about simplicity and elegance. Watches are already supremely simple and elegant timepieces that track the time very well. Then there's purpose. To put up with battery life of a day or two, compared to years for a standard analogue or digital watch, a smartwatch has to offer something truly, profoundly useful.

Semantically, functionally, aesthetically and in terms of price, Cupertino is trying to set the Apple Watch apart from all other wrist-worn computers.

Android Wear, thus far, has fallen far short of this lofty goal. Google Now is too imperfect. The constant flood of notifications from a paired smartphone is infuriating rather than useful. The selection of apps is anaemic and hardly more convenient than using your phone. The available selection of watch faces are hideous looking and barely functional attempting to find a watch face with minute markers and the date which wasn't butt ugly proved impossible.

Convenience is the key word here. The Cupertino Cook crew is betting that the series of little conveniences offered by the Apple Watch will make it indispensable in your everyday life. Using it for contactless payments (at stores that support Apple Pay). Literally opening doors at hotels and airports by using it as a wrist-worn replacement for boarding passes and room keys. Sending quick messages, either text, audio, drawings or even heart beats taken using its built-in heart rate sensor, to loved ones. Notifications from your iPhone, but those heavily customised to your exact preferences. Apps from the likes of Salesforce, giving you quick snippets of information when you need them most.

It's a bold, daring bet by Apple. Especially as many consumers, the intended market, have yet to be convinced by smartwatches never mind businesses. It's an especially bold bet given the cost. The cheapest Apple Watch costs 299 with an aluminium casing and a rubber strap.

This quickly escalates though. There are too many variants to list here, but the cheapest version with a steel casing and band costs 819. This is pricey by the standards of other smartwatches, but pocket change for moneyed watch aficionados who dismiss Rolexs and Omegas as chav chaff.

Then there are the limited edition gold versions with prices that quickly reach four and even five figures. These would be small prices to pay for those that can afford them and want an heirloom to pass onto their progeny. That's conceivable for a timeless Patek Philippe or Christian Jacques.

Technology ages fast though and it's very hard to imagine an Apple Watch holding its value for decades like a luxury Swiss watch does especially for a product with chips and screens that can and will stop working and will likely be irreparable.

Still, if any technology company can pull off this delicate balance between technology and fashion then it's Apple. The Apple Watch is nothing if not physically beautiful. The straps and bands alone are intricately eye-catching. The ease with which they can be interchanged with each other makes the fiddly jeweller's tools needed for standard watch straps and bands seem antiquated in comparison.

I remain to be convinced by smartwatches. If the rest of you share my scepticism, then Apple has a lot of hard sells to make. Still, a product as bold and risky as the Apple Watch is exactly what I've come to expect from Cupertino. The future of the Apple Watch is murky but it'll be damn interesting to watch unfold.