Apple's digital wallet isn't proving to be the success many expected 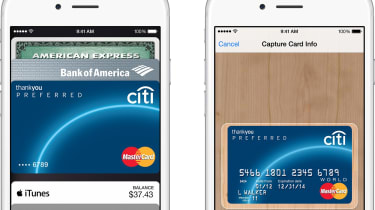 The majority of iPhone 6 users haven't bothered to even try out Apple Pay, the tech giant's digital wallet, according to a survey.

The report from anti-fraud startup Trustev found that 79 per cent of Apple customers with the latest iPhone models haven't made use of Apple Pay, with many of the remaining 21 per cent of the 1,000 US respondents still using cards or cash as their main payment method.

Of that 21 per cent who have used Apple Pay to purchase goods, 30 percent have stopped using the service completely, with only 2.1 per cent describing themselves as "super-users," with 10 or more purchases a week made using the payments system.

Pat Phelan, CEO of Trustev, said: "Apple Pay is a great system: secure, elegant and convenient. But the slow adoption shows how difficult it is to get consumers to change well-entrenched habits, like paying with card swipes.

"Of course, it is early days, more merchants are coming on board, and I'm sure we'll see adoption grow, but the initial reception has been slow."

Apple announced that it had seen one million activations within 72 hours of the system's launch, and the company claims that one million cards have been added.

According to the survey, 63 per cent of those who are using Apple Pay are doing so because of its convenience.

"It also points to a broader issue: maybe paying with cards is just not that painful," Phelan added. "For years, techies have been pitching e-wallets to consumers, but they don't seem interested.

"Even after Apple has launched by far the most elegant version to date, consumer adoption is light."

Reasons behind the slow adoption of the service could be apathy and ignorance, with the survey finding 50 per cent of respondents simply didn't care, while 34 per cent didn't actually know about the feature.