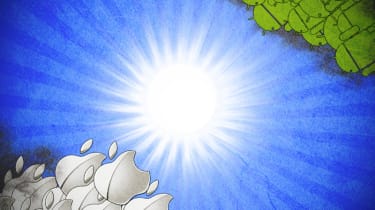 Android vendors will lose more and more users to the iPhone because they don't offer enough value, claimed Gartner.

Top phones running on the open-source operating system aren't differentiated enough to keep their user base, which will be attracted to Apple's ecosystem, according to the analyst house.

Research director Roberta Cozza said: "Android vendors at the high end are finding it hard to differentiate and add value beyond technology and features. Furthermore, Apple's brand clout and ecosystem alongside the new large-screen iPhone models are strong alternatives."

Sales of the iPhone 6 pushed Apple to a record quarterly profit of $18 billion in the last three months of 2014, while Samsung lost eight per cent of its global market share.

Cozza said Apple's success is likely to continue in the near future. "Despite Apple's premium price tags, the iOS base replacement cycle that started in the fourth quarter of 2014 with the larger iPhones will carry on into 2015," she said.

This lies in stark contrast to traditional PCs, which Gartner projects will ship just 252 million units this year, falling to 243 million in 2016, before a further decline to 236 million in 2017.

However, Ranjit Atwal, research director at Gartner, argued this is not a downturn but is actually driven by currency fluctuations.

"The fall in PC purchases is primarily due to expected price increases by vendors in Europe and other regions, which is forced by local currency depreciation against the dollar," he said. "The currency squeeze is forcing PC vendors to increase their prices in order to remain profitable and, as result, it is suppressing purchases."

It comes after IBM and Oracle blamed a strong dollar for declines in their latest quarter revenues, and a week after IDC predicted a 4.9 per cent drop this year in PC sales.

IDC, however, believes PCs will sell 293 million units this year, some 41 million more than Gartner reckons.

Picture courtesy of Nerds on Call