But can the telco muscle in on mobile without offering top-end consumer phones? 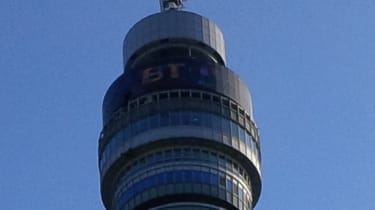 BT today returned to the mobile market, a decade after abandoning its first effort at dominating the space.

The telco giant is launching three different 4G subscriptions, with the cheapest service priced at just 5 a month for its broadband customers.

All three BT Mobile offerings are SIM-only, and the firm claims existing broadband customers can save 50 per cent on their mobile bills compared to others.

Each account holder can register up to five discounted SIMs, to a total of 10 per household.

The subscriptions all offer unlimited texts, and will piggyback on EE's 4G network after BT announced its intention to buy out the mobile operator for 12.5 billion.

John Petter, chief executive of BT Consumer, said: "Offering BT customers the UK's best value 4G data deal is a great way to start our journey towards re-establishing ourselves as a major player in consumer mobile."

"Given that most 4G handsets in circulation today are still under contract this reduces the pool of potential customers," he added.

"BT will offer handsets, but these are limited to just four options and do not include hero' devices such as the iPhone or Samsung S6."

However, Paolo Pescatore, director of multiplay and media at CCS Insight, claimed the subscriptions present a game-changing addition to the UK's mobile space.

He said: "BT has made the right decision to offer a range of simple and transparent packages as part of its return to the consumer mobile market.

"The tariffs are spot on and it lays down the gauntlet to other multiplay providers in the UK."

BT's return to the mobile space comes 30 years after it first created what is now known as O2 in a joint venture with Securicor back in 1985.

In 1999, it bought out Securicor'sshareand re-branded the service as BT Cellnet. Then, in 2002, the mobile arm of the business was spun-off and given the moniker mmO2.

Telefonica then acquired the network from BT in 2005, re-branding as O2.

The EE takeover deal is expected to be finalised by the end of this year, and a UK watchdoglast week requested BT's rivals to pipe up with any concerns they might have over the deal.

A letter to telcos and media firms from the Competition and Markets Authority (CMA), seen by theFinancial Times, says it will take those concerns into account when examining the acquisition.

If BT's EE merger goes ahead, BT will take a 31 per cent share of mobile subscribers in the UK and 35 per cent of broadband subscribers. BT claimsboth firms' customers stand to benefit from the deal by gaining twin access to the UK's biggest fibre and 4Gnetworks.

BT Mobile can be seen as the first step the telco is taking to muscle in on the mobile market, and positions BT as a quad-player, offering pay-TV, broadband, landline and now mobile.

CCS Insight's Pescatore said: "It is important to note that this is the first of many steps for the company as BT looks to gain a stronger foothold in the consumer mobile and multiplay markets, including its proposed acquisition of EE."

He believes it will put pressure on other broadband providers like Sky to come up with a mobile offering, prompting more consolidation in the UK communications field.

By CCS Insight's estimates, eight in 10 UK households will sign up to a multiplay service bundle by 2019.

Ovum's Hartley agreed, adding: "The UK is moving to a quad-play market and rivals will need to respond."

But he said BT Mobile offerings could be undermined by the fact that existing broadband customers already have BT Sport access, making the inclusion of free BT Sport less valuable.

"Furthermore, the BT Sport content consumed on the mobile network is counted against the user's data allowance," he added.

"Therefore, much is made of BT's Wi-Fi network as an alternative, somewhat undermining the value of the content."