One in six rule out working with driverless cars

Business drivers have not embraced the idea of driverless cars, as 15 per cent rule out working with them 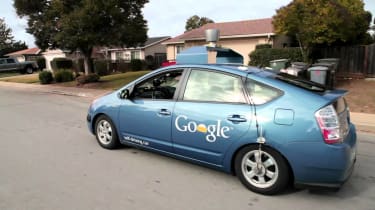 People remain dubious about whether or not there should be driverless cars on the road, according to research.

A survey conducted by fleet telematics firm Masternaut found one in six of the 2,000 UK employees questions claiming they would change jobs upon learning that they would have to use driverless vehicles at work. In addition, 23 per cent said they wouldn't like the change, but would most likely stay in their roles.

Furthermore, just nine per cent of respondents said they would actually prefer to work with driverless cars.

Steve Towe, chief commercial Officer and UK managing director, said: "Driverless car technology is a very exciting development for the automotive industry and represents a major step change of UK roads, one of the biggest changes in history.

"Previously a science fiction dream, driverless cars are now very real and are being tested on our roads, and we're intrigued to see what the future holds for the technology."

Driverless cars are already being tested around the country in locations including Greenwich, Milton Keynes and Coventry, with Ministers considering what changes to the Highway Code would need to be made in order to allow autonomous vehicles to be used by the general public.

The biggest perceived issues to this becoming a reality include integration with regular vehicles (41 per cent), updating road infrastructure (37 per cent) and insurance and liability issues (34 per cent).

Interestingly, it was younger respondents that were most concerned by driverless cars replacing them, with 55 per cent of 25-34 year olds worried it would happen during their working life but only 12 per cent of 45-55 anxious about the same thing.

"It's very important that in order to get the true picture on the future of driverless cars, that we consider the potential impact on a very important group of stakeholders; the business driver, the people who use the roads every day as part of their job," Towe continues.

"We haven't heard a great deal from professional drivers on how driverless car technology could affect them in the future, which is something that needs to be taken into consideration, especially considering that to date in 2015, 56 per cent of new vehicle registrations have been fleet vehicles."