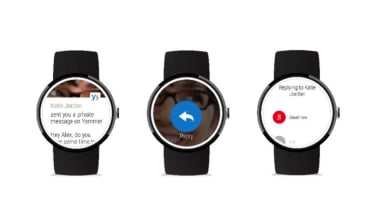 Google has announced it is developing an Android Wear app for iOS, allowing people to use their iPhone (5 or later) alongside their Android wearable device.

The Android Wear iOS app is currently compatiable with the LG Watch Urbane, with more Android smartwatches to follow.

Like the companion app to the Apple Watch, the iOS Android Wear app works in conjunction with the user's smartphone, providing notifications and alerts.

In a blog post confirming the announcement, David Singleton, director of engineering for Android Wear, said: "When you wear something every day, you want to be sure it really works for you. That's why Android Wear offers countless design choices, so you can find the watch that fits your style.

"With Android Wear you can do all of that. And now, Android watches work with iPhones."

However, some unofficial ways to get Android Wear to work on an Apple device have existed for some time, with Android product manager Jeff Chang recently telling The Huffington Post it was something the company had in mind.

"We always want as many users as possible to enjoy our experience," he said. "So in terms of enabling more people to use Android Wear, we're very interested in making that happen."

Given that this would increase the rivalry between Android and iOS wearable platforms, it's hard to imagine Apple would embrace an Android Wear app for iOS with open arms.

This story was originally posted on 10/04/2015 and has been updated since to reflect the most recent information.