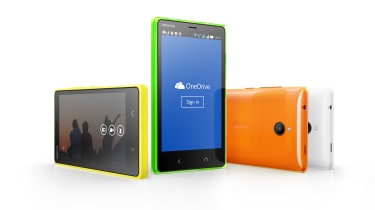 Nokia has confirmed it won't be making a return to the smartphone market, following reports it was considering a comeback.

According to a Re/code article last week, "sources briefed on Nokia's plans" were confident that the Finnish company was planning to resume manufacturing devices as early as 2016.

However, Nokia, which sold its handset business to Microsoft last year for 4.5 billion, has now released a statement outright rejecting these claims.

It read: "Nokia notes recent news reports claiming the company communicated an intention to manufacture consumer handsets out of a R&D facility in China.

"These reports are false, and include comments incorrectly attributed to a Nokia Networks executive. Nokia reiterates it currently has no plans to manufacture or sell consumer handsets."

This is partly due to an agreement the company signed as part of Microsoft's takeover, stating that Nokia would not make consumer devices until at least 2016.

However, this does not mean that Nokia devices won't start re-appearing on the market; the company is understood to be exploring brand licensing as a possible alternative to direct distribution.

Instead of constructing its own phones and tablets, Nokia would lease the popular brand name to a third-party manufacturer. This was the model followed with the recent N1 tablet, produced by Foxconn.

In addition to brand-licenced hardware, Nokia is also looking at expanding its network equipment arm. The company's takeover of French firm Alcatel-Lucent earlier this month could well be part of an effort to expand its B2B capabilities.

The networking arm of the company is one of the three divisions remaining after the Microsoft buyout, along with the maps unit. The company is considering opening up this segment of the business to interested parties, which include Facebook and Uber.