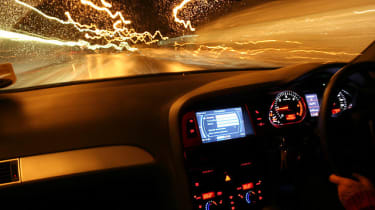 Uber is bidding to buy Nokia's mapping service for $3 billion, it is reported.

The taxi ride firm operates via a smartphone app that allows people to book cabs in their vicinity, but relies on Google Maps to power its service.

It's now looking to acquire Nokia's Here technology to end this reliance, according to the New York Times, which cited anonymous sources familiar with the matter.

While Google Maps is by far the most popular mapping tool, Nokia's Here dominates the automobile space.

And, with Google developing its own self-driving cars, it's possible Uber wants to move off its technology sooner rather than later.

Forrester Research analyst Julie Ask added that the consequences of such an acquisition may go further than simply replacing one mapping technology with another, saying Uber will want to own their customers' data.

"Uber understands that owning the customer today is about owning consumer time and data on mobile devices," she said.

"The Nokia Here technology is one if not the most sophisticated mapping solution. It was built by a company that understands mobile phones and how consumers use them.

"It's tragic that its rise as a platform coincided with Nokia's fall as a global smartphone leader - but for Uber, the opportunity to own its customers' mobile moments is huge."

A successful bid from Uber, whose taxi drivers outnumber New York's iconic yellow cabs, could see it power its own self-driving car technology.

It's already announced a partnership with Carnegie Mellon University to begin research into the driverless vehicle phenomenon at Uber Advanced Technologies Center.

However, it's competing with rival bids from a German consortium of BMW, Audi and Mercedes-Benz, along with one from a private equity firm, according to the NYT.