Apple Watch will be the birthplace of the killer app for business: Citrix CEO 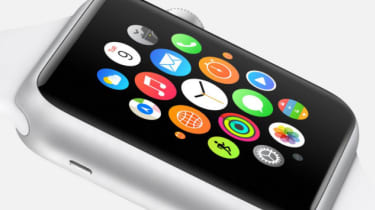 Speaking at a press Q&A at the company's annual Citrix Synergy conference in Orlando, Templeton said: "My early assessment is that there are sparse, small usecases, but not one killer usecase. I think we will get to a stage where there are a few killer usecases that could be personal, [but] we think a lot [will be] in business computing, for example ... maybe the watch is an incredible authentication device."

Templeton said that everyone is "dabbling [and] trying to find what the compelling usecases are". Indeed, Citrix is included in these "dabblers", having produced one app each on Android Wear and Apple Watch, GoToMeeting and SlideStream respectively.

However, Templeton believes Apple Watch will be the platform where a clear usecase for wearables will appear.

"I put Apple in the driving seat simply because developing apps for [Apple Watch] is so simple and they will get more experimentation faster than anyone else in the market, I think," said Templeton. This in turn leads to a greater probability of a clear reason to buy appearing on that platform rather than a rival's as "whoever gets the most experimentation will find out where those usecases are".

Additionally, despite only having recently come out, Apple Watch is more commonplace than Android Wear devices, according to Templeton.

"I've got every single version of an Android wear watch and wherever I went I was the only one, that's not the case with Apple Watch," he said.

"[Developers] will learn from that and the consumers will take them there," he said.