Google could be planning to expand Google Glass family

One Google Glass wasn’t enough, with the company reportedly planning to develop an entire product range 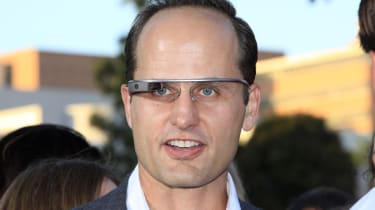 Google Glass could be set for a resurgence, with a whole family of products in tow despite its high-profile failure to revolutionise wearable tech.

A job posting on Google's website, first spotted by  , lists ads for several positions opening up at the company Audio Hardware Manager; Human Factors Designer; RF Systems Engineer; Hardware Automation Engineer which some believe point to some new products in the Glass range.

Production and sales of Google Glass were halted back in February, but the company denied the commonly-held perception that it was because the headset had been deemed a failure.

In a blog post announcing the pause in Google Glass' journey back in January, the company wrote: "We still have some work to do, but now we're ready to put on our big kid shoes and learn to run."

"Early Glass efforts have broken ground and allowed us to learn what's important to consumers and enterprises alike," Tony Fadell, who was said to be co-running the new launch along with Ivy Ross, also said.

"I'm excited to be working with Ivy to provide direction and support as she leads the team and we work together to integrate those learnings into future products."

Now, it seems as if the next step includes many more products to accompany the much-maligned device.

It's possible that this will take the form of a range of different wearables, possibly with an eye on recently-successful products such as the Apple Watch.

In the ads, the new Google Glass team is described as "a world-class team focused on the cutting edge of hardware, software and industrial design. It is charged with pioneering, developing, building and launching smart eyewear and other related products in line with Google's ambitious and visionary objectives."

The company previously hinted that Glass would be targeted more towards enterprise customers than consumers upon its return, but whether this holds true remains to be seen.