OnePlus Two: Everything you need to know

All the news, rumours and developments about the budget, invite-only smartphone 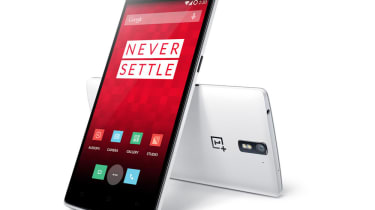 Chinese smartphone OnePlus Two is a lot like unicorns, or Area 51: you've probably heard people talking about it, but you're unlikely to have seen it in the flesh. An invite-only sales model meant that although highly sought-after, the phone isn't among the most common to find.

When it finally started shipping available back in August, interested parties were still scrambling to get their hands on the exclusive handset, which continued its invite-only policy.

However, now it's been launched, released and is actually in consumers' hands, the company is lining up the next iteration of this super-smart, super-cheap smartphone.

Yes, there have been a few issues with the device, most notably the home screen button doesn't always work, but hopefully, the next device released by the budget manufacturer will rectify these issues in the next generation of devices.

Alongside various bug fixes, keen photographers will now be able to capture images in the RAW standard - which means an image is taken without compression, unlike many other formats. The update has also added a manual mode.

28/10/2015: OnePlus has announced the expiry date of OnePlus Two invites will now be extended to three days, rather than the current 24 hours. Customers were apparently arguing that the one-day window to buy a handset just wasn't enough to act and many found the invite code had expired before they could click to buy.

25/10/2015: The OnePlus X's price may have just been accidentally revealed on an advert from the company. Although the handset's existence was  only hinted at a week or so ago, fresh rumours say it could be available for 1,699 yuan in China, which translates to around 175.

13/10/2015: The OnePlus Two has barely arrived in consumers' hands, but we may have another OnePlus device by the end of the year.

Variously called the OnePlus X and the OnePlus Mini, rumours about the device have been flying around for a few months.

Leaks have suggested that the handset could have a fingerprint sensor, a 4.99in or 5.5in display and possibly even a dual-lens camera.

While we don't know much about the new phone, OnePlus CEO Carl Pei has confirmed to USA Today that it will be arriving before the 2015 holiday season.

Invitations for an event in India on 12 October fuelled speculation that it could be the launch of the new device.

However, it was instead simply an announcement that the company would partner with Foxconn to produce devices within the country, fuelled by high local demand for OnePlus phones.

On the other hand, this hints that OnePlus could be looking to follow the lead of companies like Sony and Lenovo, and produce handsets exclusively for exploding developing markets like India and China.

28/08/2015: Some OnePlus Two users have reported issues with the home button caused by grounding issues, which means that the handset can sometimes become unresponsive.

The reports were first spotted by Android Police, with a video posted by one user on the company's official forum showing that the issues begin when the phone is picked up from a flat surface and held with both hands.

The site theorises that this could be due to the OnePlus Two's magnesium alloy frame, which makes the home button less responsive whenever the user is touching the sides of the phone.

19/06/2015: The OnePlus Two will, as rumoured, feature the Qualcomm Snapdragon 810 as its CPU, it has been confirmed. The octo-core chip has had some heat management problems when it has appeared in phones up to this point, but OnePlus says it has been working closely with the company, and the v2.1 model has solved these problems. OnePlus says the phone will run "cooler than ever".

12/06/2015: In spite of the OnePlus One's rarity, there have already been rumours that the company is soon to announce a successor, the OnePlus Two. When it teased an event on 1 June with the tagline "time to change", fans were hoping that it would be the unveiling of a new device. 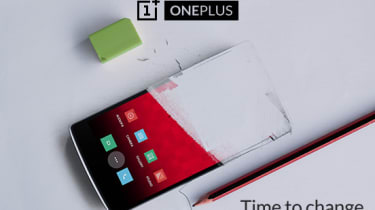 However, they were disappointed to learn that it was merely the announcement of a sale. For a week (until 7 June), the price of the OnePlus One will drop by $50.

It's not all bad news, though. This sale comes hot on the heels of the invite system's retirement, meaning you can now buy a OnePlus One, at a reduced cost, right now. This leads us to believe that the company's trying to get its device into as many people's hands as possible, shortly before the announcement of the OnePlus Two.

While we don't have a concrete release date, we definitely know the OnePlus Two is coming. The phone's existence was confirmed by OnePlus executives in a Reddit Ask Me Anything chat, and the CEO has reportedly revealed several details about it on Chinese social networking site Weibo.

The general consensus from company sources is that the OnePlus Two will be arriving at some point in Q3 this year. The company has finalised the software for the device (more on that in a moment), so we are expecting to see an announcement sooner rather than later.

The company has also confirmed that the invite system will, unfortunately, be making a return for the launch of the OnePlus Two. However, as it's primarily a guerrilla marketing tool, we're going to hazard a guess that OnePlus' growing popularity means numbers won't have to be quite as limited this time.

One of the OnePlus One's biggest selling points was its attractively low price. Despite flagship-grade components, the OnePlus One cost just 229 at launch. Happily, this trend looks set to continue, as CEO Pete Lau has said that the OnePlus Two is planned to retail at around 265. 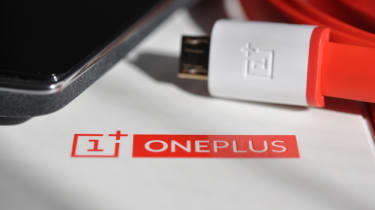 According to reports, a low price is once again paired with bafflingly sophisticated components. Just as Lau's Weibo comments suggested, the device will feature a Qualcomm Snapdragon 810 processor, which should provide high-end performance whilst not being so cutting-edge as to drive the price up.

There are also various rumours circulating with regards to the RAM. A leaked benchmark on the Geekbench site showed the device will have 3GB of memory, while GizChina puts the figure at 4GB, according to unnamed sources. Either configuration will likely be more than powerful enough, but our money is on a more cost-effective 3GB.

In terms of additional specs, Bluetooth, 4G LTE and NFC are all virtual certainties, as is .11ac Wi-Fi. A fingerprint scanner similar to those found on recent iPhones has also been cited as a possible feature.

The OnePlus Two's potential screen has also been the subject of some debate. An allegedly leaked listing on tech store Coolicool's website lists a 5.5in 1080p display, but sources have also told GizChina that a 6in QHD model could be on the cards.

While 5.5in seems to be more or less the standard size for current-gen smartphones, so that's most likely to be accurate. The resolution is more difficult, though. 1080p would be perfectly sufficient, and reduce the cost, but at the same time, its predecessor was surprisingly advanced. We expect 1080p, but we wouldn't be shocked to find a QHD screen either.

The OnePlus One shipped with CyanogenMod, an open source variant of the Android operating system. However, following licencing disputes in Indian territories, it ditched the software in favour of OxygenOS, an in-house variation of Android Lollipop. This will now be the standard OS for all OnePlus phones, including the OnePlus Two. 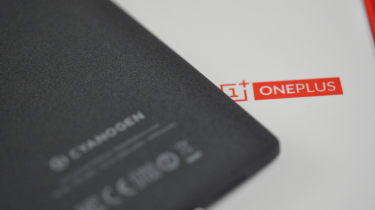 The principal focuses of OxygenOS are increased customisation, gesture controls and battery-life extension. This is in addition to the popular features carried over from CyanogenMod, which the developers have said will support the OnePlus One for at least two years.

The OnePlus Two's design is likely to remain unchanged, with a choice between Silk White' and Sandstone Black'. Interestingly, though, there have been rumblings that the company will heed consumer demand for a smaller form-factor and release a mini' version of the OnePlus Two.