Contactless payments in the UK: Everything you need to know

Contactless payments at a glance

02/09/15 -The upper threshold for contactless payments in the UK increased from 20 to 30 yesterday, although it might take a while for all merchants to update their equipment to accept that amount.

"The growth in contactless payments shows people want to use contactless cards and increasing the limit gives customers even more opportunities to pay in this way."

Some consumers remain concerned about fraud given how seamless a contactless payments transaction is thanks to lack of signature or PIN required. However, the UK Cards Association suggests that fraud levels are actually extremely low - less than a penny for every 100 spent.

Android Pay, a competitor to mobile payments systems like Apple Pay, was announced at the 2015 Google I/O developer conferenceback in May 2015, causing many to declare this the final nail in the coffin of standard cash and card payments and the undisputed rise of contactless to power.

With Apple, Google and Samsung all now offering their own mobile payments services, and contactless payment technology quickly becoming the preferred method for many consumers, is it time to call time on the old ways, and usher in the next era of mobile payments?

"We've recently hit the milestone of card and automated payments overtaking cash for the first time," said Dennis Jones, CEO of Judo Payments. "This might seem significant in itself, yet really it's an early stage of a bigger transition. The computers in our pockets our mobile phones will usher in a cardless society in the not-too-distant future."

The death of cash payments?

The prevalence of mobile payment platforms and the eagerness for companies as large as Apple and Google to offer their own solutions has caused many to question whether there will be a time in the near future when cash and traditional cards are no longer the norm.

Simon Black, CEO of PPRO Group, said: "The catalyst for this transformation has been the advancement of digital technology and many other trends, which have emerged over the last couple of years and have contributed to the decline of conventional retail banking as we know it.

"The introduction of Apple Pay and Samsung Pay has encouraged the mobile payment industry to adapt at a faster rate, and while it is true that mobile payment is still essentially in its infancy, in just a few short years from now, payment via smartphone, smartwatches or other intelligent devices is likely to be just as commonplace as paying by cash, debit or credit card today." 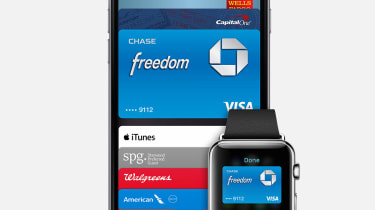 According to a report from the Payments Council, cash was overtaken by non-cash payments for the first time ever in 2014 48 per cent from 52 per cent in 2013 with this figure predicted to keep falling year over year.

"Be it mobile wallets, virtual cards or biometric payments, the world of payments is transforming and cash can expect to slip further down the preference list over the coming years until it will eventually become obsolete in most places," Simon Black added.

Citing this report, Spiros Theodossiou, vice president of product strategy at Skrill, said: "We are reaching a tipping point in the payments industry... The move towards a cashless society is well underway.

"The significant growth seen in contactless transactions last year is further evidence that consumers are gravitating towards faster and more convenient ways to pay. In response, financial payments companies are delivering innovative new products, from digital wallets to contactless and mobile payment methods, increasing the options for consumers to move away from more traditional methods."

Figures from the UK Cards Association also reveals that card spending in the UK rose by 8.2 per cent in 2014, reaching a record figure of 600.3bn an increase of 12.1 per cent over the previous year.

Who offers the best service?

On the surface, Android Pay and Apple Pay are extremely similar products, but they and Samsung Pay all have vital differences that could edge one over the other when it comes to consumer adoption rates in the coming months and years.

"In truth there is little to differentiate these two implementations," said Kevin Curran, senior member of the IEEE. "What will ultimately determine success is the market penetration of the associated hardware platforms and quite possible in the end there will always be two winners happy to divide the market between themselves."

Both services use NFC technology for one-tap payments with an iPhone or Android device, with Samsung Pay also coming into play for Galaxy S6 and S6 Edge phones. Apple Pay is, however, able to boast compatibility with wearables meaning it works with the Apple Watch. Android Pay is currently only available on Android phones, and not yet on Android Wear.

Samsung Pay, meanwhile, doesn't even use the same NFC technology as other mobile payment methods. Instead, it uses Magnetic Secure Transmission technology, compatible with card machines that have a magnetic strip reader. This means, of course, that it's only useable in-store, and not online. 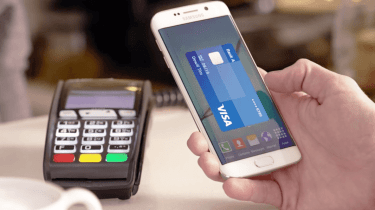 Samsung Pay is due to roll out in the US and South Korea this September.

Jordan McKee, 451 Research's senior mobile payments analyst, offered his thoughts on how the current competitive atmosphere in mobile payments is driving it forward, saying: "The introduction of Apple Pay has catalysed a wave of strategic moves across the mobile payments ecosystem.

"In the wake of Apple's entrance, Google and PayPal have made significant acquisitions, while players such as Facebook and Samsung are rolling out payment products to remain competitive. Moving forward, the pace of activity will only accelerate as vendors look to capitalise on the growing contactless payments infrastructure and secure a foothold in this rapidly evolving sector."

Security is obviously a huge concern when it comes to mobile payments, and Google at least attempted to address these worries as it announced its own payments system.

In a blog post published shortly after the announcement at Google I/O, the company reassured Android users that the technology uses "industry standard security tokenisation," and won't send credit/debit card numbers with the payment. A virtual account number will instead be used to represent the account.

"With more consumers willing to give up physical payment methods for a digital alternative, the industry needs to ensure that security of the data is maintained," said Cindy Provin, vice president of global strategy at Thales e-Security.

"Vulnerabilities or a break down in payment services around mobile payment alternatives would limit the uptake of mobile payments. As the mobile payments market continues to grow, and more and more options become available, providers such as Google and Apple will find themselves with a constant challenge to balance the convenience for consumers with ensuring the data and the services are secure."

Banks have increasingly been experimenting with the use of mobile as society appears to move more and more towards contactless payments technology as standard. This includes RBS and NatWest playing around with fingerprint recognition technology, using Apple's Touch ID sensor and allowing users to access their account more securely.

The inclusion of this fingerprint authentification technology for Apple Pay gives the company a significant leg up when it comes to security. Android M is set to change this in the near future by adding uniform OS-level support for the technology, but Google and its hardware partners will still be playing catch-up in this area.

Mark Prior-Egerton, product manager, point of interaction and enterprise product management for The Logic Group, said: "As consumers become more tech-savvy, payment solutions will live and die on their ability to provide them with safe and secure transactions. Whatever the business, whatever the channel, security is non-negotiable. Any company that ignores this mantra will find its reputation, and its ability to sell, endangered."

But have mobile payments actually taken off in the way these companies expected? According to Apple, more than 220,000 stores across the US including McDonalds and Macy's currently accept Apple Pay. Android, on paper, beats this hands down with over 700,000 store locations and more than 1,000 apps agreeing to use the payments system.

But it's not a done deal, with many believing that things are much less dire for cash and traditional payment methods than people would have us believe.

"A major limitation at the moment is the lack of deployment of contactless payment terminals," IEEE's Kevin Curran added. "What may address this at least in North America is the legislation forcing merchants to support EMV cards by October 2015. If they fail to upgrade, then they will be liable for all fraudulent use of counterfeit, lost, and stolen cards in their stores.

"The field of contactless payment is littered with the graves of many companies who attempted to usher in their perfect' system, but a wind of change does seem to have arrived."

As Dan Salmons, managing director at PayPoint Mobile and Online, puts it, the success of mobile payments relies on maintaining an element of choice for the consumer.

"The worst thing a brand can do is define a consumer by how they wish to pay, or force them down a path they're uncomfortable with," he said.

"Just because cards are now the favourite means of payment, businesses still have to be sure that they are covering a host of payment options when it comes to making their purchase whether that's cash, card or even mobile."

Convenience and a change in culture will be a key driver for contactless payments, it is clear, but whether it can completely take over the payments sector is another matter entirely. Cash persists for now, but that has the potential to change very quickly over the next few years.

A fundamental change in consumer behaviour is often the slowest moving factor in the case of new technology like such as this, but the launch of Apple Pay and Android Pay is well underway and contactless is rapidly becoming more widespread.

Wearables could push this forward even further, though Apple has a head start with the Apple Watch.

"As Android Pay, Apple Pay and other seamless, secure payments options become available to consumers," Judo Payments' Dennis Jones summarises, "it will quickly become the norm to transfer money between both individuals and businesses with a quick tap of our phone."