Oxygen OS: Everything you need to know

A fork from Android Lollipop, but will it breathe life into smartphone market 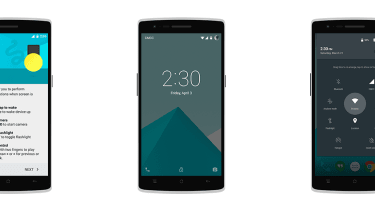 Oxygen OS has come to the fore in recent months as an alternative OS for the OnePlus smartphones. But what is it and when will it be available?

This relationship came to an end after Cyanogen struck an exclusive deal with India's Micromax to provide the Cyanogen OS for that smartphone maker. This meant that OnePlus had no choice but to make its own variant of Android, which it released in April, primaroly to avoid locking itself out of the lucrative Indian market.

Oxygen is set to be the default operating system for the forthcoming OnePlus Two, but it can also be installed to its predecessor.

While the OnePlus One can update over the air (OTA) to Cyanogen OS 12, Oxygen has to be installed manually. There are detailed instructions on how to do this on the official OnePlus website. You will have to back up any data prior to flashing the ROM as the process will clear all data from the device.

Alongside the OS is a feedback app that sends comments back to Oxygen OS developers to help shape future versions of the OS. The Oxygen OS ROM can be downloaded from here.

There are three core areas of the new OS; gestures, customisation and quick settings.

Gestures are Oxygen OS's way of providing an alternative method of input. The feature was initially available on Oppo's Color OS and adopted in Cyanogen OS 11. You can draw on the screen to launch apps quickly, such as the flashlight or camera. Users can draw an "O" to open the camera or a "V"to switch on the flashlight.

Customisation is a reccurring theme within Oxygen OS. Users can toggle between software and hardware navigation buttons as and when they wish. Moreover the whole user interface can be tweaked to the user's liking. The OS also comes with a built-in file manager app.

Settings can be quickly configured, and are found in the notification dropdown menu. This allows the rearranging of old settings the addition of new ones by dragging them around the user interface.

That said, Oxygen OS comes across as more of a stock version of Lollipop than Cyanogen, but this may make it more appealing to the casual user.

Should I get Oxygen OS or Cyanogen OS 12?

While Cyanogen OS is more established, Oxygen OS is likely to improve in time. Whether it is worth flashing a smartphone for is another matter.