Casio will release a smartwatch in 2016 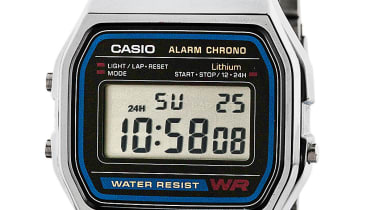 Casio is planning to join Samsung, Apple and others in the smartwatch market, with a device set for release in early 2016 for the US and Japan.

The watch, as yet unnamed, will be priced similarly to the Apple Watch Sport (starting at $349), according to the Wall Street Journal (via Wired), and will be the Japanese watchmaker's first smartwatch.

Kazuhiro Kashio, Casio's president, said: "We are trying to bring our smartwatch to a level of watch perfection: a device that won't break easily, is simple to put on and feels good to wear."

Kashio, however, acknowledges some of the challenges that smartwatches face in terms of user adoption and an increasingly crowded market, adding: "I don't think the smartwatch will be an instant success but we want it to grow in the long term."

The watch has been in development for four years, WSJ's report states, with various prototypes thrown out before the final device was ready for release.

The smartwatch market has been through many changes, with a move towards fashion-focused models with the Apple Watch and other luxury brands such as Intel's MICA and Tag Heuer's high-end device.

Much like Casio's traditional wristwatch, its forthcoming tech wearable appears to be focusing on simplicity, with the watch also suitable for outdoor sports.

You could argue that Casio was actually one of the first entrants into the smartwatch arena with its Casio Calculator watch that allowed users to change TV channels, and G-Shock models with bluetooth functionality.