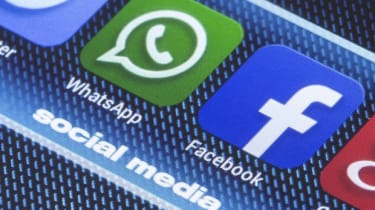 Instant messaging  (IM) services like WhatsApp and Facebook Messenger are set to overtake email, according to new research.

Last year, email made up the majority of internet messaging traffic, with around 35 trillion messages sent globally.

Data compiled by Juniper analysts now shows that over the next year, IM services will surpass this figure, accumulating almost 43 trillion messages.

The research cited the low cost of most messaging services as well as the spread of inexpensive mobile internet as one of the trend's key contributing factors.

WhatsApp alone hosts more than 30 billion messages per day, according to the company, and services like WeChat and Snapchat have had similar success.

Also noted is the fact that 80 per cent of emails sent can be dismissed as spam, possibly indicating that by some benchmarks, email has already been surpassed as the dominant messaging form.

However, SMS remains a hugely successful messaging format, particularly for enterprise users. Network provider EE uses SMS to communicate with its customers, and states that 99 per cent of all text messages are read by the recipient, with 90 per cent being read within three minutes.

Further highlighted is the comparatively slow adoption of Over-The-Top internet messaging services in the developing world.

"While there may be a trend towards OTT messaging, SMS is always there in times when Internet access may be impossible, or 3G/4G coverage poor. Its reliability means that messages have a very low non-delivery rate.

"SMS also maintains dominance in regions where featurephone use exceeds smartphone penetration, ensuring it is still a viable means of communication, at least in the medium term."

This research may suggest that IM will quickly replace most other forms of communication, but Juniper's findings indicate that despite the considerable growth, "IM's equivalent per-message revenue return is forecast to be less than 1% of that generated through SMS and MMS in 2019."