Telco’s return to the mobile market is a success, but how is it faring on broadband? 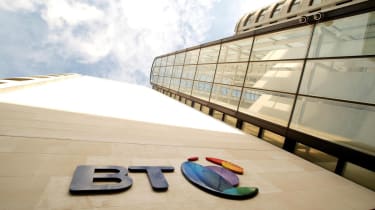 BT's SIM-only mobile arm snagged 100,000 customers in the first three months of its release, according to the telco's latest quarterly results.

Launched in March, the service garnered 50,000 users within six weeks of its release, and that figure has now doubled.

"Having added more than 100,000 users within three months it shows that there is a strong appetite among its customers to sign up to more services."

While BT's 12.5 billion acquisition of mobile operator EE is yet to be approved by the Competition and Markets Authority, the firm expects to complete the purchase by March next year.

Pescatore said: "This [success in mobile] further validates its cross selling strategy, its move back into mobile, and, with its acquisition of EE, BT will have an extensive retail footprint to showcase a wider range of services."

Elsewhere, BT confirmed it has now rolled out superfast broadband to 80 per cent of the UK, covering 23 million homes, against a target of 95 per cent by 2017.

The news comes as a select committee of MPs are set to explore how to roll out superfast broadband to the remaining five per cent of the UK not covered by this target.

It added that Openreach has not fallen below any of the 60 minimum levels of service Ofcom set as targets for this year, though the regulator is still exploring whether or not to separate the fibre roll-out arm from BT.

The telco's CEO, Gavin Patterson, said in a statement: "This is an exciting time at BT. We continue to invest heavily in our superfast fibre broadband network ... and we will work with government to help take fibre broadband to 95 per cent of the country by the end of 2017.

"Our mobile plans have got off to a good start with more than 100,000 consumer mobile customers signed up in the first three months. We're also looking forward to completing our acquisition of EE, which will allow us to create a true UK digital champion."