We take look at the latest in Samsung's tablet range 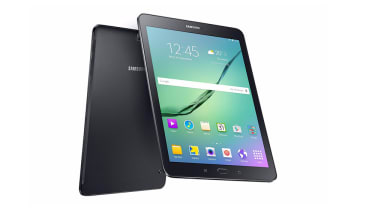 Update: this first look was first published on 13/08/2015 and has since been updated with additional photos.

Samsung has finally announced a release date for its latest Galaxy Tab S2 Android Lollipop tablets. The new 9.7in tablet will arrive in the UK on September 4th starting at 399.

We managed to get our hands on a pre-production unit of the 10in tablet at Samsung's London launch event and were impressed by its thinness. Its soft-touch rear means it feels less slippery in the hand than the iPad. The casing felt a little creaky, but we'll withhold final judgement until we see a proper review unit. 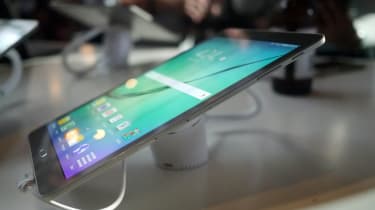 Samsung has done away with the 16:9 aspect ratio of previous Galaxy Tabs, opting instead for the same 4:3 aspect ratio and 2048x1536 resolution as the iPad. Although this squarer aspect ratio means widescreen videos will have bigger black bars, it makes reading feel far more natural. Based on Samsung's Super AMOLED display technology, it looked impressively bright with high contrast at first glance. The borders to the left and right hand edges of the screen are wider than we'd expect, especially when compared to the original Galaxy Tab S. They should help prevent you from inadvertently tapping an onscreen control, especially as the screen doesn't have thumb rejection technology like the iPad Air and Mini tablets.

While Samsung has been jettisoning micro SD slots from its Galaxy S6 Edge Plus and Note 5 phablets, the Tab S2 retains it. It's worth remembering that the Tab S2 isn't a Galaxy Note tablet though, so it doesn't come with a stylus.

An optional Bluetooth keyboard case will be available though. Although it can only prop up the screen at one angle and the keys are a little small, we found we were able to type remarkably quickly and comfortably during our hands-on. 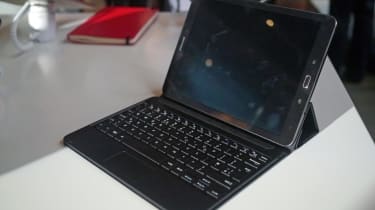 It won't suit everyone, and we'll need more hands-on time with a final production unit, but it could well be a must-have purchase for any would-be business purchase of the Samsung Galaxy Tab S2. Pricing for the Bluetooth keyboard case has yet to be confirmed. 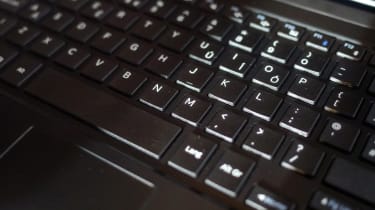