Everything you need to know about Google's new smartphone 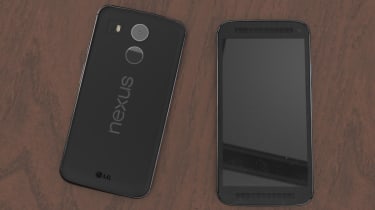 Google's flagship Nexus 5 smartphone is set to make a comeback, with LG and Huawei rumoured to be lined up as manufacturing partners.

Originally launched in October 2013 but discontinued in March this year, the Nexus 5 was pitched slightly cheaper than its rivals, Apple's iPhone and Samsung's Galaxy devices, but the new version - Nexus 5 (2015) - is set for a fresh look and a fancy upgrade on its predecessor.

You can find out all the details about the company's new flagship phone, including release date, specs, features and more, in this article.

10/09/2015: Another leak of the Nexus 5 has landed, with an image of the device from an 'internal source' hitting the internet, reports Pocket-lint.

The leak, titled 'Project N3, The Next NEXUS', appears to reveal some of the specs we can expect from the device when it arrives later in the year.

If correct, it could sport 2GB RAM, 1.8GHz hexa-core Qualcomm Snapdragon 808 processor and a 5.2in 1080p display. Add this to a 12.3-megapixel camera, fingerprint reader and 2700mAh battery.

17/08/2015: The first leaked photo showing the LG Nexus 5 hails from the Google+ pages of the Nexus Community Indonesia. The picture shows a circular fingerprint reader, a camera and the Nexus logo on the back. 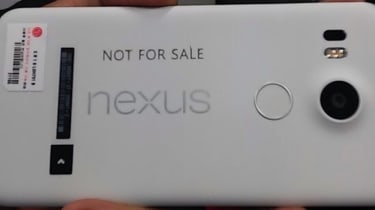 The Nexus 5 2015 device will launch on 29 September, it has been reported, alongside the Nexus 6 and Android's new operating system, Marshmallow.

The reports come from Talk Android, who also state that the devices will be available to preorder from 13 October and on general release from early November.

Consistent rumours have suggested the Nexus 5 devices would be launched in late October, possibly November, this year. This fits in with previous launch dates (the Nexus 5 was launched on 31 October, 2013 and the Nexus 6 on 15 October, 2014).

It has also seemed likely that the new devices will be timed for release alongside Apple Pay rival Android Pay. That in turn will coincide with the release Android Marshmallow.

It looks like the new Nexus 5 will break with tradition and sport two models: a 5.2-inch model made by LG and a bigger 5.7-inch model from Huawei, according to multiple reports. The latter would replace the massive Motorola Nexus 6.

According to these rumours, the Huawei Nexus 5, codenamed Angler, will sport a 5.7-inch 2560 x 1440 Quad-HD display, the latest 8-core Snapdragon 810 processor with 3-4GB of RAM, run the new Android M release, and be powered by a 3,500 mAh battery. It may also sport a fingerprint scanner, USB Type-C and front facing stereo speakers.

The smaller LG-based device, codenamed Bullhead, will have a 5.2in full-HD P-OLED screen, a Qualcomm Snapdragon 620 processor, up to 4GB of DDR3 RAM, up to 64GB of storage and a 3180mAh battery, according toGizmoChina. While LG Nexus devices have been based on LG phones, the smaller Nexus 5 is said to based off a completely brand new, never seen before prototype smartphone, reports Android Pit.

According to @OnLeaks, the LG Nexus will boast a reversible connector USB Type-C port and fingerprint scanners on the back.

While both will have a metal frame, the smaller model looks like have a plastic body, according to leaked photos.

It stands to reason that the larger Huawei device will command a premium price, but while exact costs remain a mystery at the moment, we can't see Google charging anymore than 499 for these models (that was the price of the Nexus 6).

Huawei has a reputation for making premium phones at a low price, so we could expect the larger model to be around the 300 to 350 mark. This means the LG model could be even cheaper.

The Nexus 5 devices have one big problem when it comes to adoption by the enterprise - security. A survey conducted by IT Pro showed IT professionals would rather give workers iPhones than Android devices simply because they see iOS as a more secure operating system.

Recent high-profile security bugs in Android, such as Stagefright and One Class to Rule Them All, will be unlikely to help the matter.

However, the price could be more attractive to price-conscious enterprises. With Huawei and LG on board and both being known for their keen pricing of smartphones, this could win over doubters in the end, especially in areas where security is not as sensitive an issue.