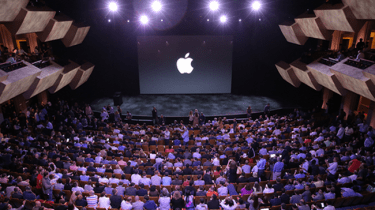 Apple Special Event at a glance 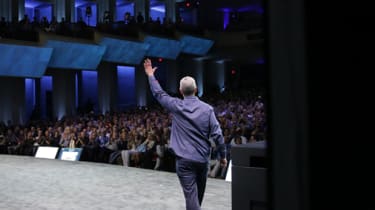 The bumper list of products was largely in line with what was expected, including the new 3D Touch feature on the iPhones and improved Siri interaction with the TV.

Nevertheless, Apple did have some tricks up its sleeve, including new "Live Photo" feature that creates Harry Potter-style short video clips when a "deep press" is applied to a photo.

There was also an Easter Egg in Craig Federighi's part of the keynote, announcing OS X 10.11 El Capitan will be officially launched on 30 September.

More information on the Apple Watch, WatchOS 2, iPhone 6s and iPhone 6s Plus, Apple TV, iOS 9, El Capitan, the iPad Pro and iPad Mini 4 can be found on our dedicated pages.

09/09/2015:Siri has played a key role in the build up to tonight's special event and over the past 24 hours has added a new set of replies to her repertoir when you ask her to "give us a hint" - the strapline for the event.

It seems that, despite us being in the UK, her time settings are linked to San Francisco, hence the response in the picture below. 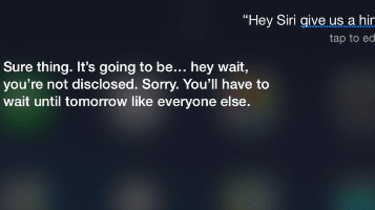 Whether, as rumoured, Siri will be playing a key role in the iPhone 6s and new Apple TV that are expected to launch tonight, or she is being used merely being used for entertainment and promotional purposes remains to be seen, however. Come back at 5.30 when we will be running a live blog of the event and bringing you the latest announcements as they happen.

07/09/2015: With just two days to go until Apple's September Special Event, a slew of new rumours and information has appeared.

As reported by appleinsider, a large Apple logo has been mounted on the exterior of the Bill Graham Civic Auditorium, with the phrase "Special Event" being put up just above the main entrance and smaller posters of the event logo adorning the exterior walls.

Additionally, the New York Times reportedthat Apple will be launching a new, gaming-focused Apple TV, although it will be aimed at casual rather than dedicated gamers. The newspaper also claimed there may be a cheaper version of the gold Apple Watch launched.

28/08/2015:The iPhone 5c will be retired following Apple's upcoming event, which is slated to reveal the iPhone 6s (iPhone 7) and iPhone 6c to attendees on 9 September.

According sources and reported by 9to5Mac, handsets will be taken off the shelves in late September, around the same time the iPhone 6s is likely to go on sale, which means it could be replaced by the rumoured 4in iPhone 6c.

28/08/2015: Apple's next major product announcement will take place at a 7,000-seater venue in San Francisco on 9 September, the tech giant has confirmed.

Both the iPhone 6s and iPhone 6c are widely expected to be showcased at the Bill Graham Civic Auditorium, as well as the iPhone 6s Plus and possibly a new iPad.

With Apple usually unveiling product announcements at the 750-seat capacity Yerba Buena Center for the Arts, the larger venue indicates a much larger invite list than the usual mix of press and analysts. 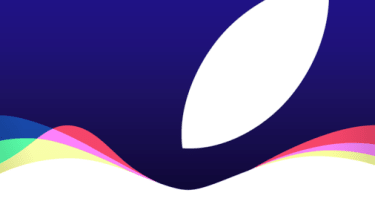 The invitation and Apple's webpage for the event both feature a close-up of the top of Apple's logo, whose curves diffract into various pastel colours, with the cryptic message "Hey Siri, give us a hint" superimposed on top.

Anyone who asks Siri that question will receive a reply along the lines of "The only hint I can give you right now is a hint of lime. And that there's a big announcement on 9 September", as the voice assistant told IT Pro. 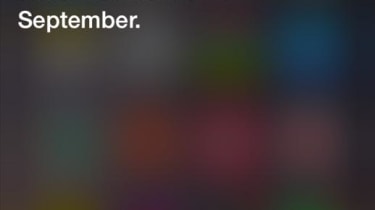 As anticipated, two new iPhones were released last night - the iPhone 6s and iPhone 6s Plus. Both are the same size as their predecessors, the iPhone 6 and iPhone 6 Plus, but come with a hefty amount of new technology. This includes a 5-megapixel selfie camera and 12-megapixel main rear camera, which is capable of 4k video capture, and 3D Touch screen, which can tell the difference between a tap, a press and a deep press.

For full details of the iPhone 6s and 6s Plus, including UK price and release date, visit our dedicated page.

The strongly rumoured and long anticipated iPad Pro, with 12.9in screen, was finally revealed last night. The device has a retina display, and A9X processor which, according to Apple, makes it nearly twice as powerful as its effective predecessor, the iPad Air 2.

Controversially, Apple introduced a stylus, the Apple Pencil, and smart keyboard cover for the iPad Pro - much like those seen on Microsoft's Surface range - although they must be bought separately.

Unlike the other hardware presented last night, the iPad Mini 4 is also available to buy immediately, with prices starting from 320.

For full details of the iPad Pro and iPad Mini 4 are available on our dedicated pages.

The New Apple TV was the third star of the show. Boasting improved Siri voice recognition and suggestion capabilities, a new remote that includes a touch screen panel and app-based interface that allows owners to use the device for shopping and gaming as well as watching film and TV.

Full details of the new Apple TV can be found on our dedicated page.

An Apple Watch update was anticipated ahead of the September event, however, contrary to expectations, it was the luxury Apple Watch Edition that got a new set of wrist bands, while the Apple Watch Sport got new gold case options.

For the Edition, Apple has collaborated with French designer accessory brand Hermes to produce three new leather straps - single tour, double tour and cuff. For the Apple Watch Sport, the fashion conscious consumer can now match their smartwatch with their iPhone even if the can't afford an Edition, with new gold and rose gold versions of the entry-level device launching last night.

For full details of last night's Apple Watch news, plus everything else you need to know about the devices, visit our dedicated page. 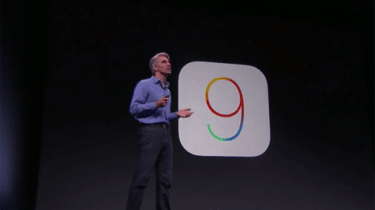 For more details on the software, visit our dedicated pages: iOS9, WatchOS 2 and El Capitan.